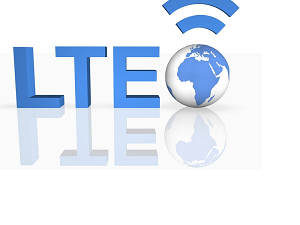 4G-Reports has reported that as of the final quarter of 2015, total LTE users had reached some 1.05 billion, with China, the USA & Japan accounting for almost two-thirds of total LTE subscribers worldwide.

At the end of December 2015, industry association the GSMA stated that there were now 428 LTE networks active in 155 countries (an increase from 393 LTE networks in 138 countries in June 2015).

•The introduction of LTE-A services: with MNOs offering higher theoretical upload and download speeds from LTE-A services – with launches by DiGi (Malaysia) and ooredoo (Qatar) by the end of 2015.

•LTE coverage expansion: with MNOs expanding their LTE in-country network coverage – for example with DiGi (Malaysia) now expanded to 65% of the population and Nationwide coverage in 100 major towns and cities.

•MNOs are also launching VoLTE services: Many MNOs continue to introduce VoLTE (Voice over LTE) services at the same price as normal calling – for example, in November 2015, Orange Romania introduced its VoLTE service, claiming a five-fold improvement in call set up times and improved call clarity.

New LTE Pre Pay & lower priced Post Pay plans: MNOs are expanding their LTE customer base by addressing lower priced segments, with lower Post Pay price points and with Pre Pay. With new LTE launches, the trend is for the MNO to introduce LTE without a price premium.

•Free Mobile (France): Free Mobile offers a Euro €2 per month tariff which includes 50 MB of mobile data, unlimited SMS/MMS and 120 minutes of calls for use domesticand to 110 countries and Free WiFi.

LTE was initially launched as a premium business data service, but has now become a standard data offering: First launched in 2009 by TeliaSonera in Sweden & Norway as a USB modem-based service LTE is now being provided as a standard data service for a mass market of consumer smartphone users.

Some MNOs are introducing higher LTE data allowances: experts has identified 32 LTE plans that have a data allowance of 100 GB and over, typically provided for PC/laptop/tablet devices as a premium product. Research highlights the trend with the examples given below:

•Viva Kuwait: Viva Kuwait provides unlimited data as part of its Postpaid bundles KWD 30 (USD 100) per month and above.

•TIM Italy: TIM Italy is offering a half price promotion for its 4G Internet with 4 GB of data – reducing the monthly fee from Euro €10 to Euro €5.

•Zain Kuwait: Zain Kuwait have introduced free internet at weekends for its Pre Pay users for an unspecified period as well as double the data.

LTE services have grown rapidly to become a mass-market service achieving one billion users, but in order to address the remaining mobile market with LTE services, MNOs will need to continue to focus on improving penetration rates for the Pre Pay user segments, particularly in South America, Asia, India & Africa.