Gameloft has announced that the FROZEN BASTION Update for DUNGEON HUNTER 5 is available Now!

Bounty hunters, prepare to face the icy winds from the heights of Valenthia and reach the stronghold in the new FROZEN BASTION update!

This update brings with it a lot of new content, including dozens of pieces of armor and a new legendary weapon.

DUNGEON HUNTER 5 & the update are available free for download on the App Store, Google Play and Windows Store! 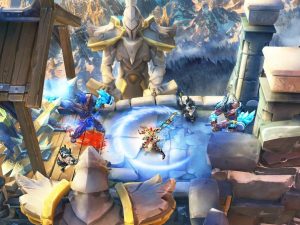 USE THEM to evolve and improve your stronghold 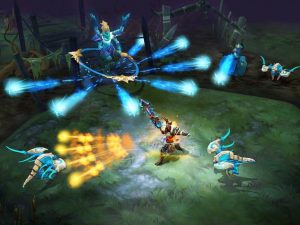 GIVE YOUR STRONGHOLD THE EDGE using the starter kit

DISCOVER ALL-NEW CONTENT, including dozens of new pieces of equipment and 3 new missions found in the Dream Portal

A leading digital and social game publisher, Gameloft® has established itself as one of the top innovators in its field since 2000. Gameloft creates games for all digital platforms and with an audience of 157 million monthly users offers via Gameloft Advertising Solutions a unique level of visibility and involvement to advertisers.