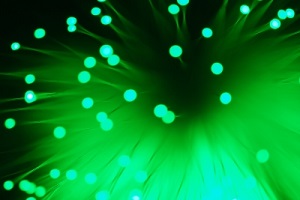 Becoming the main interface at national level for the provision of wholesale ultra broadband services, offering customers of its wholesale division the best connectivity services, just like Fastweb does already for retail customers.

This is Fastweb goal which is now able to offer wholesale services on 75 per cent of the national territory to telco players who do not have a proprietary FTTx network, thanks to an expansion plan of the access technologies available on its UBB Wholesale Platform.

In the 30 cities where Fastweb is developing, directly or through FlashFiber, the FiberCo created together with TIM, its FTTH network (already available to over 4 million hh) other telco players will be able to purchase connectivity to provide their retail customers access to Internet services up to 1 Gb/s.

Everywhere else, Fastweb will make available UBB connectivity based on VULA, through its FTTC network as well as TIM’s one, ensuring a “one-stop-shop” approach for Telcos already on the market and new entrants.

“At a time in which the telecom environment is particularly dynamic, thanks to new players that are getting ready to enter the market and that do not have their own ultra broadband network, we reinforce our role of wholesale provider and aim at becoming their reference provider to accelerate the digitalization of the country” Alberto Calcagno commented. “Thanks to our extended wholesale footprint – covering already 18 million households – we are the only wholesale provider, besides the ex monopolist to provide wholesale access services at a national level; we want to be a preferred partner to all Telcos that want to offer high performances service to their customers”.

Thanks to deals already signed with major players – among which TISCALI and WIND TRE – Fastweb wants to increase its relevance in the UBB wholesale market, reaching a share of the contestabile market between 10 and 15 per cent in the next three years.

“In a context in which rumors about a possible merger between TIM and OF become more and more frequent, Fastweb choice to make its network available to other telcos becomes key to safeguard competition and avoid a remonopolization, ensuring that other players always have an alternative” underlined Calcagno.