The partnership between TIM and Vision Distribution – a company owned by leading independent producers – also includes the co-production of new films together with big market players, as well as the possibility of distributing films co-produced by TIMVISION.

An important agreement that brings Vision Distribution films well in advance on TIMVISION.

This significant agreement strengthens the quality of TIMVISION’s entertainment offer, currently enjoyed by over 1.5 million customers, with the aim of expanding the library of films that represent the best of Italian creativity, shining a spotlight on new film offers for the teen and more adult audiences.

This partnership will see Vision Distribution distribute at least one title per year of those already produced by TIMVISION, which will be directly co-producing films made by large independent players. This will consolidate TIMVISION’s footpath in the co-production of audio-visual works, including films, TV series and docu-films.

Thanks to the extensive list of films distributed by Vision Distribution, the series of releases on TIMVISION will kick off on 16 April with “Come un gatto in tangenziale” [Like a cat on a highway] this season’s blockbuster by Riccardo Milani, starring Paola Cortellesi and Antonio Albanese. This will be followed in May with “Nove Lune e Mezza” [Nine and a half-moon] by Michela Andreozzi, starring Claudia Gerini, Giorgio Pasotti, Stefano Fresi, Lillo and Andreozzi himself, “La Casa di Famiglia” [The family home], starring Lino Guanciale, Matilde Gioli, Libero De Rienzo and Stefano Fresi and “Il premio” [The prize], by and starring Alessandro Gassmann, together with Gigi Proietti, Rocco Papaleo and Anna Foglietta.

Over the course of 2019, other Vision Distribution projects will be introduced, like the new films by Alessandro Siani and the artistic couple Cortellesi – Milani, due to be released in 2019.

The films will be offered to TIMVISION customers and will add to the rich subscription catalogue.

“This important agreement confirms our constant commitment to the TIMVISION offer that leads us to invest in the best-loved cinema and the best creativity of Italian production. It is another new project that joins our route

dedicated to digital distribution and the co-production of films. Thanks to Vision Distribution, a young, innovative market operator, our customers will be able to see Italian blockbuster films in advance, just a few months after they are released in cinemas”, states Daniela Biscarini, Head of Multimedia Entertainment & Consumer Digital Services for TIM.

The President of Vision Distribution, Andrea Scrosati, commented: “Today the Italian culture industry faces a great challenge: that of innovating its business model to construct new opportunities by which to enhance the extraordinary creativity and talent our country has to offer. This agreement does exactly this: effectively creating a new “window” of rights that had not previously existed on the market, and showing that different companies can work together, guaranteeing incremental growth across the chain.”

Managing Director, Nicola Maccanico, added: “This agreement confirms the innovative spirit of Vision and our firm desire to challenge the established models. Our films are designed and developed for the cinema but they must also be able to reach the broadest possible audience, including in other formats. We believe, in fact, that the overall growth of Italian cinema can only be achieved by working in a structured way in order to increase dissemination significantly outside its models. Today, new recognition is given to Vision and the work it does to maximise the considerable unexplored potential of Italian cinema.” 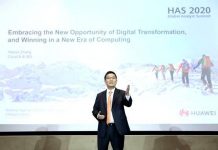