Alepo, a global provider of network and IT solutions for communications service providers, has announced that Digicel Jamaica has deployed Alepo’s Carrier-Grade AAA Server to support the rapidly growing demand for mobile broadband services over 2.5G, 3G, and 4G (HSPA+) networks. The announcement underscores the longstanding partnership between Alepo and Digicel, which spans numerous projects over five years and twelve Digicel markets in the Caribbean and Southern Asia.

Digicel Jamaica enlisted Alepo to upgrade its mobile AAA infrastructure as the company’s growth in mobile subscribers outpaced the previous AAA server’s capabilities. Digicel Jamaica cited a need for a carrier-grade solution that offered greater performance, reliability, and endless scalability as the demand for mobile data continues to surge upward. The Alepo AAA infrastructure will support over one million mobile subscribers across twelve countries on 2.5G, 3G, and 4G mobile networks.

“Our continued experience working with Alepo has given us confidence in this network investment as well as in Alepo’s ability to deliver a robust solution able to support our growing customer base,” said Krishna Phillips, Digicel Jamaica CTO.

According to the 2014 Cisco Visual Network Index, mobile data usage is set to grow 11-fold in the next five years. This heightens the importance of the role of AAA in the mobile broadband environment in order to properly monitor and enforce accounting parameters as well as to reduce signaling strain on the network.

“Alepo understands that mobile broadband is the impetus to growing operator revenues and delivering a sophisticated customer experience, and we’re proud to work closely with Digicel Jamaica to expand its mobile data networks,” said Brandon Johnson, Vice President of Services at Alepo. “Alepo’s AAA Infrastructure has been a cornerstone of our products, and it continues to prove itself as legacy systems fail and fall behind.” 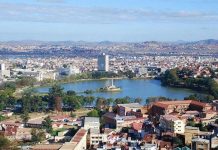