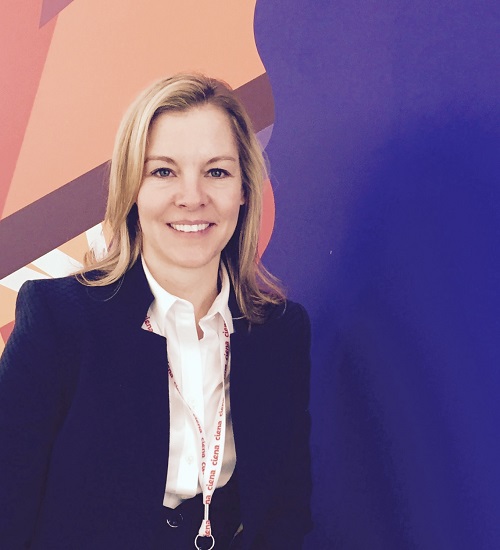 Ciena has appointed Keri Gilder as Vice President and General Manager for Europe, Middle East and Africa (EMEA) to guide Ciena’s customers and partners in the region as they adapt to accommodate high-bandwidth applications and services, such as those needed for data centre interconnect (DCI), cloud-based services and video.

Throughout her career, Gilder has been heavily involved in facilitating mentoring and career development programmes, most recently helping to establish Women @ Ciena, a global internal networking initiativethat aims to encourage diversity within Ciena through motivating and inspiring women in the company at all levels and across disciplines.

Francois Locoh-Donou, Chief Operating Officer at Ciena, comments; “Keri’s deep knowledge of the industry and Ciena’s technologycombined with a relentless focus on customer experience has gained her respect as a consultant and mentor. She is also a transformational leader;reinforcing the business benefit of a diverse workforce anddriving high-performance teams to deliver strong business outcomes for our customers and partners– making her a natural fit for this leadership role.”

“Ciena is focused on helping our service provider and enterprise customers adjust to the pace of change in the ICT industry to meet today’s web-scale demands. With a great team we can advise and assist customers as they adopt new networking technologies and ensure the transition to open, software-enabled networks is seamless – and profitable. I am looking forward to being a part of Ciena’s success in the region,”stated Keri Gilder, Vice President and General Manager, EMEA at Ciena

Based in London, Gilder has a Bachelor of Business Administration degree with an emphasis in Management Information Systems (MIS) from New Mexico State University, Six Sigma Green Belt and Dale Carnegie certifications.