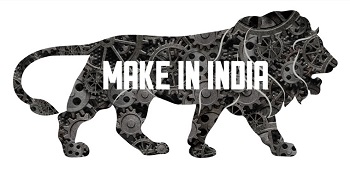 Riding high on the ‘Make in India’ wave, Chinese companies are set to invest USD 2 – 3 billion over next two years in Indian Mobile Manufacturing operations. This will help generate lakhs of additional employment in Mobile & Component Manufacturing sectors as per the objectives of Fast Track Task Force (FTTF) headed by Pankaj Mohindroo.

In a huge endorsement for PM Modi’s ‘Make in India’ vision and sensing a big manufacturing opportunity, over 100 representatives of top Chinese mobile phone and component companies congregated at the first ever ‘China-India Mobile Phone & Component Manufacturing Summit’ held in the national capital.

The first of its kind summit to boost mobile handsets and components manufacturing in India has been jointly organized by Indian Cellular Association (ICA), the apex body representing the mobile handset and components industry in India in association with Mobile World (Shoujibao), China’s leading Mobile Industry service platform.

“Chinese companies are usually reluctant to set up manufacturing base in other countries as their own eco-system is highly efficient and supremely productive. But they are still seeing India as the hottest next destination to set up manufacturing base. This is absolutely great news. This is a huge endorsement of PM Modi’s ‘Make in India’ vision. I am greatly delighted that our efforts are bearing fruits,” said Pankaj Mohindroo, National President, ICA.

“I am positive, Chinese companies setting up manufacturing base on their own or through JVs with Indian counterparts will be a major boost to the PM Modi’s vision of establishing India as the global manufacturing hub for mobile phones and its components towards which ICA has been working relentlessly,” added Mohindroo.

The first ever China-India summit is the fructification of the high level visit of PM Modi to China in May, 2015. During his visit to China, PM Modi had hard sold India and invited Chinese companies to leverage the changing business climate in India and set up manufacturing base here.

“We are wholeheartedly responding to Honourable Prime Minister Narendra Modi’s invitation to Chinese companies to be part of ‘Make in India’ mission and would contribute to making India a global manufacturing hub for mobile handsets and components,” said Wu, Founder & CEO, Mobile World (Shoujibao), Shenzhen.

“We are quite impressed that the progressive policies of Modi Government and the new manufacturing eco-system are very encouraging developments for investment and business. Chinese companies are quite enthusiastic about setting up manufacturing base in India either on their own or in partnership with Indian companies,” added Wu.

“India today is the fastest growing mobile phone market globally and for Chinese industry presents the biggest manufacturing. We are very keen to tap the potential,” pointed out Zhong Qi, Vice President of Tecno, the Chinese mobile handset manufacturing major.

“Going by the encouraging response of Chinese companies and definitive joint collaboration talks between Indian and Chinese mobile and handset manufacturers, Chinese investment of USD 2 – 3 billion over next two years in this sector looks like a real possibility along with employment for 1 – 2 lakh people”, added Mohindroo.

It may also be noted that PM Modi’s ground breaking initiatives were preceded by ICA’s relentless efforts across major ESDM destinations like China, Korea, Taiwan, Japan, US etc. ICA for long had been working towards creation of a robust mobile manufacturing eco-system in the country. About a year and half back, DeitY had constituted a ‘Fast Track Task Force (FTTF)’ under the Chairmanship of Mr Pankaj Mohindroo to create a robust eco-system for large scale mobile and component manufacturing in India with the goal of touching production target for 500 mn mobile phones by 2019 and generate employment for 15 lakhs people by 2019.

The Summit was inaugurated by Secretary, DeitY and attendance of a large number of senior officials from Central and State Governments, along with representatives of the Chinese Embassy.