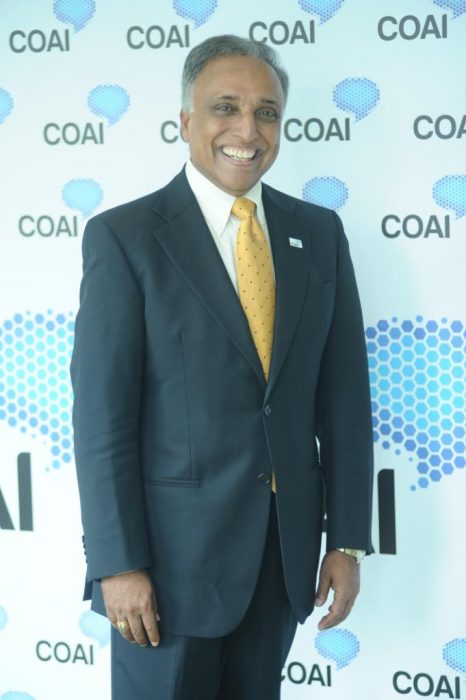 The budget 2018 announcements coming from the Finance Minister Arun Jaitley side have left nothing much to cheer when it comes to the Indian telecom sector – says COAI – the industry body representing the telecom operators in the country.

Giving his reaction on the Budget announcements – Rajan S. Mathews, Director General, Cellular Operators Association of India, said, “We applaud the government’s vision and commitment towards Digital India and the Digital economy. The Hon. Finance Ministry Arun Jaitley has recognised the importance of a resilient cyberspace and doubled the allocation for Centres of Excellence across the country to be championed by the DST. We are also enthused to see that NITI Aayog, will now be spearheading a national program to direct efforts in Artificial Intelligence, Quantum Computing, Blockchain, Robotics, and Digital as a way of life. The industry welcomes these timely initiatives. The support extended to IIT Chennai for an indigenous 5G test bed is also a welcome move. We are also happy to see that the allocation of Digital India has been doubled and the government proposes to set up 5 lakh WiFi hotspots. On Ease of Doing Business, he has incentivised the states identifying over 3000 parameters and introduced competitiveness amongst themselves, through a ranking mechanism.

However, for realising the Hon. PM’s vision of a fully connected and empowered Digital India, we reiterate that the telecom industry is deeply disappointed that none of our key asks have found mention in the Hon. FM’s budget. We had sought a reduction in levies and taxes, and an urgent intervention is critical for resuscitating the sector, which is currently experiencing its worst financial health and hyper competition. We reiterate our four key asks, reduction in extremely high and unsustainable levies & taxes, reduction in BCD on 4G LTE Equipment, clarity on Right of Way related taxation at the state level, & clarification on lowering the tax rate to 1% on discounts extended to small dealers. While, the FM has emphasized the importance of moving to a digital economy, the actual digital highway, which is telecom has found no mention in terms of substantive support, unlike road, railway, highways, electricity, which have received substantial mention. We are saddened to see that telecom which is the bedrock for moving the Digital economy forward, continues to remain an Orphan.

The FM, while recognising infrastructure as a key to growth has pushed the implementation of the Smart City Mission & 99 Smart cities have been approved but it is critical that telecom not be paid a lip service, as it is an essential, intrinsic infrastructure core, for a resurgent India & a thriving Digital Economy. ­­ Like the emphasis on Bharat Net, we hope that the substantial asks of the telecom sector can be addressed for speedy infrastructure rollout across the country to truly serve the poorest of the poor and truly bridge the digital divide between India and Bharat.”