Qualcomm Technologies, has signed three non-binding memoranda of understanding (MoU) wherein Xiaomi Communications Co., Ltd., Guangdong OPPO Mobile Telecommunications Corp., Ltd. and vivo Communication Technology Co., Ltd. each expresses a nonbinding interest in the purchase of components with an aggregate value of no less than $12 billion over the next three years.

The MoUs were signed at a ceremony at the Great Hall of the People in Beijing led by President of the People’s Republic of China Xi Jinping and President of the United States Donald Trump. Qualcomm CEO Steve Mollenkopf was part of President Trump’s Department of Commerce Trade Delegation to China, that included executives of leading American companies.

“I’m honored to represent Qualcomm as part of this important Trade delegation, which showcases the importance of win-win business relationships between the U.S. and China,” said Steve Mollenkopf, chief executive officer, Qualcomm Incorporated. “Qualcomm has longstanding relationships with Xiaomi, OPPO and vivo and we are continuing our commitment to investing and helping advance China’s mobile and semiconductor industries.”

Qualcomm Technologies has been supporting the Chinese mobile ecosystem for almost 25 years and continues to expand its investments and projects in China, establishing a number of branches, joint ventures and R&D centers in Guizhou, Shanghai and Shenzhen, among others.

Qualcomm‘s technologies powered the smartphone revolution and connected billions of people. Qualcomm‘s products are revolutionizing industries, including automotive, computing, IoT, healthcare and data center, and are allowing millions of devices to connect with each other in ways never before imagined. 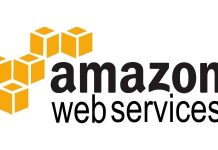