Embracing next generation in telecom connectivity, Bharti Airtel, one of India’s leading telecom services provider has selected Ericsson to roll out 4G (LTE-FDD) network for its subscribers in Delhi as well as further cement its 3G network expansion in eight circles. This four-year agreement marks the first LTE-FDD rollout by Ericsson in Delhi.

As part of this engagement, Ericsson will enable Bharti Airtel to meet growing customer demand for mobile broadband services while delivering superior network performance. On 4G, Airtel subscribers will be able to enjoy an improved smartphone experience, with faster web browsing, downloads, video on demand, and many other services.

Abhay Savargaonkar, CTO, Bharti Airtel, says: “The Delhi market is currently experiencing a rapid increase in the uptake of data-centric services. As market leaders, we at Airtel are deeply committed towards delivering the best data experience for smartphone users and have made investment in high speed 4G network to improve the data experience of the customer. We are delighted to partner with Ericsson to offer a world-class 4G experience for our customers in Delhi.”

As part of the contract, Ericsson will provide its multi-standard radio equipment from the Ericsson RBS 6000 base station family for macro and small cell networks. The agreement also includes deployment of Ericsson’s LTE RAN software for Bharti Airtel. The solution works seamlessly with the existing 2G and 3G networks deployed by Ericsson. In addition to Delhi, Ericsson has also partnered Bharti Airtel to deploy LTE networks in 4 other circles. 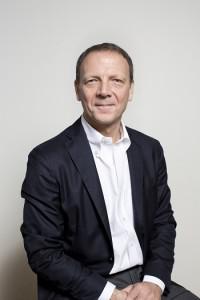 Paolo Colella, Head of Region India, Ericsson, says: “We are proud to be partnering with Airtel for the 4G roll out in Delhi. Our global leadership and expertise made it possible to roll out the LTE network in record time. LTE will be a key enabler in realizing Ericsson’s vision of the Networked Society and our high capacity LTE network infrastructure will enable Airtel subscribers to enjoy a seamless, high-speed mobile broadband experience.”

Ericsson is the market leader in LTE network technology. 40 percent of the world’s LTE smartphone traffic is currently served by Ericsson networks. Ericsson is present today in all high-traffic LTE markets including the US, Japan, South Korea, Singapore, Australia and Canada, and has also been selected by the top 10 LTE operators, as ranked by LTE subscriptions worldwide. According to the India appendix of Ericsson Mobility Report, LTE subscriptions in India are expected to reach more than 230 million by 2020, forming around 17 percent of the total subscription base.

Bharti Airtel has also strengthened its partnership with Ericsson by signing a four-year agreement to expand 3G WCDMA network across eight telecom circles in India. The new agreement includes rollout of 3G services in both UMTS 2100 MHZ and UMTS 900MHz band (in three circles). As part of the contract, Ericsson will supply, install and perform manage services for WCDMA Radio Access Networks (RAN).

Ericsson will provide its multi-standard radio equipment from the Ericsson RBS 6000 base station family for macro and small cells. This will enable energy-efficient and cost-effective operations while allowing the operator to meet growing demands of better and faster mobile internet connectivity for the end-users.

Abhay Savargaonkar, CTO Bharti Airtel says: “With the growing number of smartphones, our customers are increasingly demanding ubiquitous network performance and superior user experience. This investment in 3G network is in line with Airtel’s constant focus on building a world-class, next-generation smartphone network for its customers. Refarming of 900MHz spectrum in 3 circles to 3G is aimed at providing additional capacity and better indoor coverage. By partnering with Ericsson, we look forward to leveraging Ericsson’s experience to address the growing demands of our 3G subscribers, providing them with high-quality data experience at all times”.

Paolo Colella, Head of Region India, Ericsson says: “Consumers in India are rapidly embracing smartphones and mobile internet as a source of information and entertainment. By expanding Bharti Airtel’s 3G WCDMA network, we will help them address the growing demand for superior data services in India.”

Top Tips on How Fleet Managers Can Reduce Costs