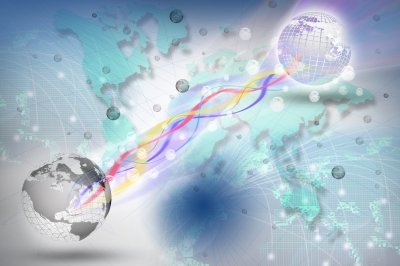 Alcatel-Lucent and Telkom Akses, the Telkom Indonesia subsidiary responsible for building a national broadband infrastructure, have announced plans for the delivery of fiber to the premises (FTTx) ultra-broadband access for millions of subscribers in Indonesia, a predominantly rural and agricultural nation comprised of over 17,000 islands.

The expansion is part of the Indonesian government’s program to provide ultra-broadband access across the country.

Telkom Indonesia, the largest telecommunications services company in Indonesia and majority owned by the government has, through Telkom Akses, the responsibility for expanding the national broadband infrastructure to 15 million subscribers by 2015 as part of the TITO (Trade In Trade Off) Access Modernization Project which is replacing legacy copper cabling with optical fiber.

Once deployed in Indonesia, Alcatel-Lucent’s technology will allow the delivery of a range of consumer and business services including IPTV, video on demand, voice over IP (VoIP) and more at speeds of up to 100 Megabits per second.

Badriyanto, Chief Executive Oficer of Telkom Akses, said: Deployment of Alcatel-Lucent’s GPON technology in Indonesia’s eastern region will contribute greatly to achieving our country’s goal of closing the digital divide and giving all of our people access to broadband whether they are living closely together in our cities or widely dispersed in our rural areas. We believe that providing reliable and affordable ultra-broadband on a national level will positively and significantly impact Indonesia’s citizens in the areas of economics, education and healthcare by providing a richer, more interactive experience.”

Rama Agung, Account Director of Alcatel-Lucent Indonesia, said: “The fact that Alcatel-Lucent is the market leader in GPON and Access Technology combined with the proven quality of our solution were deciding factors in Telkom Akses giving us opportunity to contribute to Indonesia’s national broadband program. It is a great endorsement of Alcatel-Lucent’s expertise and accomplishments in this field.”

One of the factors that trigger the establishment of PT. Telkom Akses is the magnitude of the opportunity to be involved in the increase in broadband penetration of Indonesia has recently reached 2%, to 30% at the end of 2015. According to the World Bank, every 10% increase in broadband growth will contribute to the growth of national income by 1.38%.