As part of the agreements, Alcatel-Lucent will support the companies in the delivery of faster, more affordable mobile and fixed Internet connections across the country, as China strives to meet the ever-growing connectivity of people and ‘things’.

The deployment of these technologies will also support China Mobile and China Unicom in meeting commitments to the ‘Broadband China’ initiative which aims to see full broadband coverage across the nation’s rural and urban areas by 2020.

China’s Ministry of Industry and Information Technology has set the target for all the country’s municipalities, city districts and most non-urban households to have access to 100 megabits-per-second (Mbps) fiber by 2017. Within the same timeframe, China also expects residents of major cities to have an average access rate of 30 Mbps, 80% of administrative villages to have fiber coverage, with full 4G mobile access in urban and rural areas.

The agreements, signed today in Toulouse during a visit by Li Keqiang, China’s Premier of the State Council, build on long-standing collaboration between Alcatel-Lucent and the two companies.

•Alcatel-Lucent has collaborated closely with China Mobile throughout many developments in mobile technology and is continuing that collaboration with the operator’s use of NFV technologies to support cloud applications and services.

Li Huidi, Vice President of China Mobile said: “We have been working closely with Alcatel-Lucent on the development of technologies to help the smooth transition to cloud networks. We are pleased to continue this collaboration and under this agreement we can benefit from Alcatel-Lucent’s leading solutions to help us expand connectivity across the company and enable new efficiencies across our network.”

Michel Combes, CEO of Alcatel-Lucent, said: “This announcement is highly significant as it furthers Alcatel-Lucent’s role as a key technology provider in China and aligns perfectly with our strategy of bringing high-speed ultra-broadband access to open up new opportunities for both service providers and their customers alike. We are very pleased to continue working with both China Mobile and China Unicom to help them deliver on their commitments under The Broadband China’ initiative.” 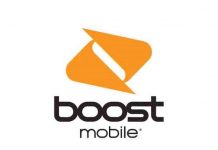