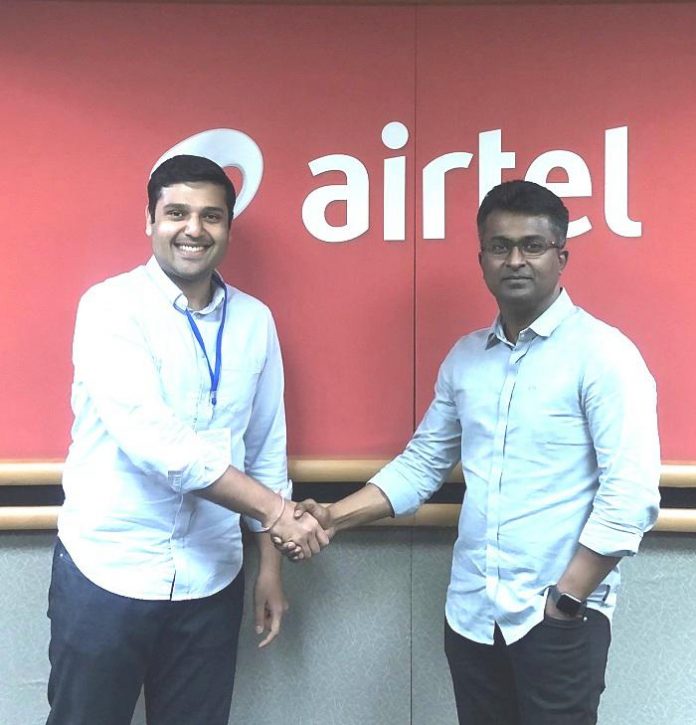 In addition, Airtel has also developed strong in-house capabilities around machine learning and artificial intelligence which could be leveraged to aid the growth of startups. Furthermore, startups also get access to advisory services from Airtel’s executive team.

Vahan is the first to join Airtel Startup Accelerator

Airtel announced the induction of Bengaluru based tech startup Vahan into its Startup Accelerator Program. Airtel will acquire a stake in Vahan and partner with them in building significant scale to achieve their vision of enabling jobs for the next billion internet users.

Founded in 2016 and backed by YCombinator and Khosla Ventures, Vahan leverages advanced Artificial Intelligence to match job seekers with employers inside messaging apps such as Whatsapp. It is focused on finding blue collar jobs for millions of young Indians in Delivery, Driving, Retail, BFSI, BPO and Hospitality sectors with companies such as Zomato, Swiggy and Dunzo as clients.

Adarsh Nair, Chief Product Officer, Bharti Airtel said: “Today, early stage startups in India have some very exciting ideas but face multiple challenges in scaling up. With Airtel’s scale and digital capabilities around distribution and payments, we have the potential to drive accelerated growth of emerging startups that are solving hard problems. The team at Vahan is doing some incredible work to bring jobs to millions of people through AI based technology. We are excited to partner with them on this vision.”

Madhav Krishna, Founder and Chief Executive Officer, Vahan, said: “Airtel will be a key partner for us as we look to solve a hard problem for Bharat. Most blue-collar job seekers are unaware of the opportunities that exist in the market, especially new-age on-demand jobs. Airtel’s distribution channels will help us reach the very depths of the country and in turn, help millions of Indians take control of their economic destiny. We are incredibly excited about this partnership.”