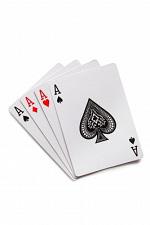 Team Spades will be representing Adda52 on both online as well as offline Poker tournaments. The 4-member team will be poker ambassadors to represent Adda52 and its vision to spread the game as a professional sport. This will be a sponsored professional player team which will play both internationally as well as in India.

Speaking on the launch of Team Spades, Anuj Gupta from Adda52 commented, “Adda52 is the undeniable pioneer of online poker in India. In its continuous endeavor to uplift the game and get it due coverage as a ‘game of skill’, the idea of a Team Pro was first introduced. Through Team Spades- Adda52’s professional poker team, the vision of the company is to align the Indian poker industry so that it can gain a strong footing globally. As the popularity of poker is still in its nascent stages in India, the aim is to spread awareness about Poker playing among the masses.

“Poker is truly a game of skill. It requires its players to have a highly calculative and methodical mind.” he added, being an avid Poker player himself.

Adda52.com is a gaming portal owned by Gaussian Networks Pvt. Ltd. It is important to note that Adda52 has been certified from iTech labs for fair play and random number generator (RNG). The company has also tied up with multiple banks and payments gateways to process payments of customers.