Home Android Xiaomi vs Samsung 2021: Which Is Superior? 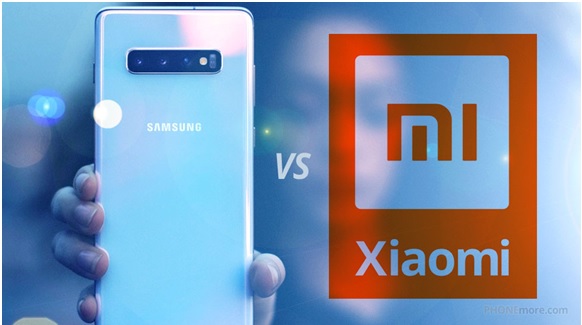 There are a big number of rivals for the leading positions in the electronic business now that Samsung has emerged as a strong leader. Apple and Samsung have long fought it out in the smartphone industry, but the landscape has now shifted to include rivals like Xiaomi. Samsung has been a major player in the smartphone market for a long time, but with Xiaomi launching a slew of high-quality devices at a reasonable price, Samsung is facing true competition from all angles. In addition to smartphones, Xiaomi has entered the electronics market. Xiaomi launched the Redmi series to cater to users with lower incomes, and it’s been successful in producing smartphones that are equipped with the most up-to-date functionalities. That being said, Samsung isn’t ready to give up just yet in the ongoing battle with Redmi.

In order to provide a unique user experience to customers, both businesses have built their own UIs on top of Google’s Android operating system. The vast majority of their phones have a larger screen of greater than six inches, making it easy for customers to see everything on their devices. On top of Android, Samsung’s TouchWiz and MIUI’s skins have been tweaked to meet the desired consumer experience. This differs from device to device, but at least some smartphones from both brands directly support Android 9 Pie.

This competition has primarily focused on giving customers with layouts that are easy to use while still being technologically advanced, but it also focuses on offering designs that are well made and visually appealing. Generally speaking, Samsung’s models have an angular style, whereas Xiaomi’s designs are smooth and appealing. For instance, the Xiaomi Redmi 10 5G comes in Midnight Gray and Coral Green color options for its storage variants. Samsung Galaxy S20, on the other hand, comes in three colors: Cosmos Gray, Cloud Pink and Cloud Blue with only one storage option. The Redmi Note 8 pro, a powerful smartphone with a beautiful appearance, is now the most popular model from the company.

These manufacturers of these smartphones are capable of providing a flawless experience, and also most versions have the ability to expand storage space. Both phones have a single front-facing camera, however the Redmi 0 5G has four back-facing cameras, while the Galaxy S20 has three back-facing cameras. In addition to the 108-megapixel fundamental camera, the Redmi 10 5G’s quad rear camera features a 13-megapixel auxiliary camera. Mi 10 5G has two 2 MP shooters on its rear panel. It also features a 64-megapixel camera and two 12-megapixel cameras on the Samsung Galaxy S20. Compared to the Galaxy S20, the front camera on the Xiaomi 10 5G has a 20-megapixel resolution. 8K video recording is available on both devices. Additionally, the Mi 10 5G comes with non-expandable storage options of 128GB and 256GB. However, the S20’s 128GB of memory may be expanded with a microSD card. Networking options include 4G LTE, 5G, Wi-Fi 6 and Bluetooth, as well as GPS/A-GPS, NFC and a USB Type-C connector on the Xiaomi smartphone that was just announced. A fingerprint reader is also included into the phone’s touchscreen. GPS,  NFC and Bluetooth v5.0 are all included in the Galaxy S20. It also has a USB Type-C connector, but no support for 5G, which can cause huge websites to slow down, for example online lottery sites, or other websites that contain huge amounts of data.

Each smartphone brand has a variety of battery options available in different versions. Some might have 3000mAh, while others have 5000mAh or more. A 4,780mAh battery powers 30W wire recharging and 30W distant charging on the Mi 10 5G, for instance. Furthermore, 10W wireless converse charging is also supported on the smartphone. Rapid Wireless Charging 2.0 and turn-around distant charging are all supported by the Galaxy S20’s 4,060mAh battery.

Although Samsung and Xiaomi are releasing more models than ever before, this results in a growing competition between the two. Even if Xiaomi has a few hardware advantages, Samsung’s smartphones are better designed and can hold their own against the competition. In the end, it all comes down to personal preference and what your specific needs are as a consumer, but regardless of the brand you choose, you can expect consistent performance throughout the day.