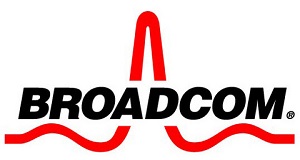 At a time when Broadcom, a global silicon innovation focused organisation is on its way to exit the baseband chip segment, it is set to reduce its global headcount by about 2,250 employees.

The big question is whether this will have an impact on its India headcount. As far as India is concerned, the company has well over 1500 engineers working on various communication technologies spread across its three units in Bangalore, Hyderabad and Mumbai.

When contacted, so far the company has neither confirmed nor denied about the possibility of any job cuts in India.

Globally there are about 11,000 R&D engineers and India has about 1500 engineers.

India is the largest R&D center outside US for Broadcom.

A baseband processor, also known as baseband radio processor, is a device (a chip or part of a chip) in a network interface that manages all the radio functions for a device such as a smartphone. A baseband processor typically uses its own RAM and firmware. Besides Broadcom, there are other players involved in baseband chips including, Qualcomm, MediaTek, Spreadtrum, Icera and Intel.

As of today, Broadcom’s connectivity chips are powering an array of smartphones including Apple’s iPhones. However, the company lost marketshare in baseband chips segment and this is the prime reason of the company’s exit from this segment.