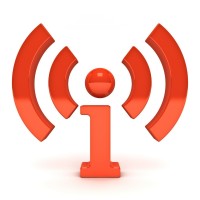 At a time when business and end customers look at increasing their collaboration quotient, mobility is being delivered through wireless technologies and next generation of WiFi is set to enable this with the help of faster, smarter, and truly wireless set of devices.

WiFi can truly be called as a technology which has always been managed to stay away from the glamour of the telecom world. It has surely powered a lot of business tasks and communication but has remained sidelined to some extent.

Well, not anymore, as the experts believe that WiFi is the future of embracing true wireless capabilities and it is now on the verge of getting a whole lot better for the consumers as well as business communities.

As a result of global technology upgrades, businesses and end customers will experience a better and next generation ready WiFi, which will prompt smarter and more efficient usage of spectrum and hence better delivery of applications and services. As a matter of fact it is already getting embedded in so many devices from tablets, phablets, smartphones, to laptops.

The final development of 802.11ac technology, has almost tripled the speed levels of data intake by making better use of the 5GHz band, and driving this is a concept known as “beamforming” technology which is now being used to enhance wireless signal quality.

IEEE 802.11ac is a wireless computer networking standard was developed from 2011 through 2013 and now just approved in January 2014. According to a study, devices with the 802.11ac specification are expected to be common by 2015 with an estimated one billion spread around the world. That’s a lot of WiFi around.

And as WiFi creates its own mark in the networking realm, business and end customers should be more than ready to experience a whole new set of WiFi  (802.11ac standard based) products in the market.

Now we are set to have networking gear that will take advantage of such high speed standards, and hence routers and switches based on the new standards requires hardware upgrades for personal equipment—laptops, smartphones, tablets, WiFi-enabled TVs etc. all this would translate towards better WiFi enabled devices that can do a lot more.