Yesterday, a string of announcements from Apple hogged the limelight. Apart from showcasing some of the ‘behind the scene’ achievements, the company announced a Care Kit, a price cut in Apple Watches, a new iPad, but among all these, the major attraction was indeed the iPhone SE. 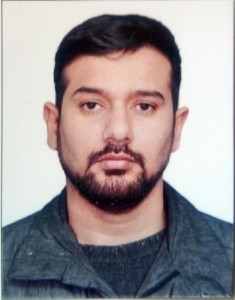 As speculated, this phone is for the emerging markets that includes India. So, is it going to be a game-changer for Apple in India as well as a trendsetter for the Smartphone market in the country? Let’s analyze.

The first big disappointment is that, albeit the phone has been designed for the emerging markets, it is not made available in the first round in the fastest growing and one of the largest emerging markets–India. By making it available in the first round itself in the country, Apple could have indicated that the market is high on its priority list.

Though, at some instances, the company had mentioned about the significance of the India market for it, but not including it in the list of the countries where iPhone SE would be made available first, is definitely a big turn off.

Secondly, SE does not ‘tectonically’ shift iPhone positioning in India. At $299, the device would be available in India for ₹39,000, which is within premium segment in India for Smartphones. So, fundamentally, iPhone still remains a premium segment phone in India even with SE launch and now it would be available through the continuum of premium range of Smartphones. In India, Smartphones above ₹30,000 contribute just a little over 3% to the market.

Lastly, India is a Phablet obsessed nation and 46% of the Smartphones sold in India have a screen size of 5 inch or more. In the price range, ₹30,000-₹40,000, where it will be competing with the Phablets, they contribute over 60% of the Smartphones market. In such a scenario, just positioning it as the ‘most powerful 4 inch Smartphone’ won’t work alone. After all, size does matter, at least for India.

Unfortunately, with these gaps in SE for the India market, I don’t see it becoming as successful to game change the current circumstances for Apple in India. Even, if it grabs 100% of the Smartphone opportunity around the price range it is in, Apple would make a market share of 3.5-4%, as against the existing 2.1%. In fact, that would be a good jump for Apple, but seems quite unrealistic to achieve.