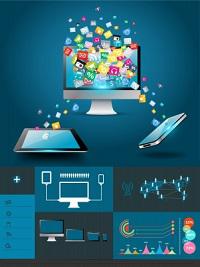 During the inaugural session of Smart-Sustainable Cities, Technology & Innovation Summit 2015, the top experts & planners from the industry suggested that the proposed smart cities should be enabled to grow out of existing old cities in an organic manner and also suggested setting up of a regulator body for each urban entity that would cover host of user facilities.

Dr. Sumit D. Chowdhury, Founder and CEO of GAIA Smart Cities discounted the idea of setting up Smart Cities in green field areas, with policies that would enable organic growth of smart cities in all aspects. “Smart Cities is a journey, not a destination. Allocation of Rs. 70 crores for creating each smart city is not adequate at all. Smartness has to be built-in in every project covering from traffic to housing to transportation to lighting to waste management amongst many others,” added Chowdhury.

“With the ever growing challenges in the development of smart cities, there is a need to set up a Smart City Regulatory Authority of India to give a direction and speed-up the process, and involve several ministries and legal bodies,” said Shashi Dharan, Managing Director, Bharat Exhibitions.

European expert on smart cities, Anya Margaret Ogorkiewicz, Managing Director of the Keryx Group; Polish Permanent Representative to the CEN-CENELEC-ETSI Smart City Standardisation and Co-ordination Group emphasized the need for such cities also to be sustainable apart from delivering new services which are globally competitive and are meant to meet energy and environment goals. “European Union had developed standards for city services as part of the common European standardization strategy,” she pointed out.

Vipin Tyagi, Director, Centre for Development of Telematics said, “there is a need to develop technologies for building up smart cities locally”. “This is not a business problem, but a social problem” he underlined in the context of cities being organic entities. The networks in them would have to be M2M contacts.

“Smartness built in the cities also demands the people to be smart” was the theme of an extensive analysis of the needs of smart cities infrastructure by many other experts. Muktesh Chander IPS and Special Commissioner (Traffic), Delhi Police, cautioned about smart cities also providing opportunities for criminals to misuse the networks. “Criminals will also be smart in such cities. Over 25,000 cyber incidents happen in India in a year but only 4,000 are registered. Police would also have to be trained to be smart in such cities,” he pointed out. He suggested the use of social media by the police to catch up with the new environment.

On security issues in such cities, Tyagi stressed the need for networks to be controlled by only authorized people. Lawful intervention in these networks should be allowed. Issues of data custody and all services should have a subtext of security that needed to be defined. The effectiveness of infrastructure should be built in along with the setting up of it as against current practice of later additions. Anya Margaret also pointed out how Estonia had developed a smart city that was considered the best in the world and a model for the other countries to follow.

The event was endorsed and supported by Department of Electronics & Information Technology, Ministry of Communications & IT, Govt. of India; COAI; CENELEC; ETSI; GISFI; ITU-APT; TUGI; PTCIF.