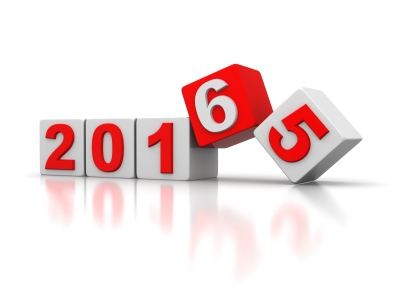 As 2015 draws to a close, Openwave Mobility, a software innovator enabling operators to manage and monetize encrypted mobile data has predicted the trends the company expects to see in 2016.

The year for monetizing video (finally)

John Giere, President & CEO: “Mobile operators will finally monetize Over The Top (OTT) mobile data in 2016. Why? Carriers across the world have been both inspired and intimidated by T-Mobile USA’s Binge On launch which shook up the status quo. Binge On has shown the potential of mobile optimization and how the technology could make mobile video content a cost effective market differentiator. Could 2016 spark a mobile-video data war?”

Encrypted traffic levels will grow and become “the norm”

Indranil Chatterjee, SVP Product, Strategy and Sales: “By the end of 2016, encrypted traffic will reach up to 80% of mobile network traffic in many regions, dominated by encrypted video. Already it has reached 50% – 60% and networks are consistently going “dark”. Encrypted traffic is blinding operators as they can’t see the data, nor understand the user experience, especially for encrypted video. This restricts their ability to manage the data traffic and subscriber QoE with traditional tools and analytics. Some operators are burying their heads in the sand are missing out on new, video QoE techniques and secure traffic heuristics that can not only manage, but also provide granular traffic analytics for encrypted data traffic.”

Matt Halligan, CTO: “Virtualization is maturing and in 2016, momentum will build for Mobile-Edge Computing (MEC). This will lead to truly distributed service architecture from the device to the RAN-Edge and from the core network on to the data center – and finally to the cloud. 2016 will surely deliver the first wave of real NFV capable services with both Resource Orchestration and Service Orchestration.”

The world of mobile video requires continuous agility and innovation. Some mobile optimization companies were unable to innovate as the mobile ecosystem evolved. They are no longer in existence. In 2016, the industry must step up to the plate and support mobile operators who require innovative solutions and technologies to stay one step ahead of the competition.

2016 is an Olympic year and it is a no-brainer that more sports fans than ever will want to watch the games on their device. However research has shown that during the 2014 Brazilian World Cup, a number of subscribers shied away from mobile fearing bill shock and video quality. In 2016, operators could offer their subscribers Olympic data packages to secure additional revenue streams. The technology is available for operators to manage this data effectively and deliver an outstanding Quality of Experience.