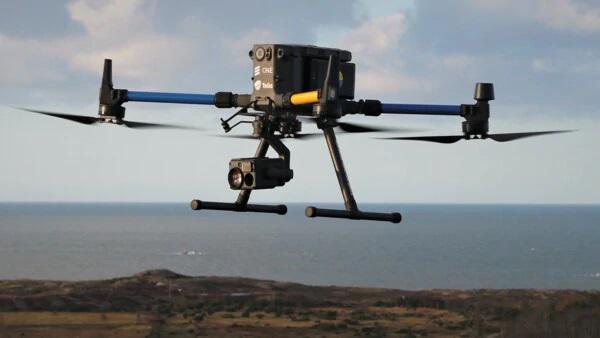 Autonomous trucks need to warn e-bikes of their presence to avoid accidents, first responders need to know the position of critical medical drones with pinpoint accuracy, and operators need to precisely locate precious cargo. Vodafone customers will have applications that do all that and more thanks to a new technology it is testing.

Vodafone has successfully used new precision positioning technology to remotely track a vehicle to within just 10 centimetres of its location, an improvement of more than three metres compared with current standard satellite based systems. It did this in partnership with leading global positioning provider Sapcorda, using Vodafone’s global Internet of Things (IoT) platform – the largest in the world with 118 million connections.

Pinpoint accuracy is critical to the acceptance and mass adoption of autonomous vehicles not just on the road but in factories, airports, dockyards and any site where machines are in motion. A matter of centimetres could be crucial to ensuring the safety of passengers on a driverless bus, or knowing the precise location of a medical drone. It will also allow an autonomous truck to mind other road users, including cyclists, whose e-bikes can automatically transmit their position and intended direction of travel.

Vodafone Business Platforms and Solutions Director Justin Shields said: “We might not be able to locate a needle in a haystack yet, but we are getting close. What we can do now is take new digital services like this one, integrate it with our global IoT platform and fast networks, and offer it securely at scale to many millions of customers.

“Our in-building 5G and IoT services already allow manufacturing plants, research laboratories and factories to carry out critical, and often hazardous, precision work with robots. Now we are applying the same levels of accuracy to the outdoor world.”

The new precise positioning service is another example of how Vodafone is redefining its network and technology on a ‘Telco as a Service’ (TaaS) model. By identifying key network capabilities, and making them available through common APIs in a cloud platform, Vodafone is delivering new software, video and data applications at scale, in addition to gigabit-capable connectivity.

Vodafone believes that large enterprises will benefit hugely from these new technologies. For example, they will be better able to locate critical assets, precisely align machines such as driverless trains at platforms and let farmers, airports, and fleet operators know the exact whereabouts of their autonomous vehicles, buggies and cars at any given time.

Vodafone IoT-enabled vehicles, machinery and devices, when linked with Sapcorda’s comprehensive network of Global Navigation System Service (GNSS) receivers and augmentation technology, improves location accuracy by correcting for things like the curvature of the earth, atmospheric delays and clock differences of global positioning satellites. This offers corporations hyper-precise positioning which they can utilise to ensure a safe environment for their employees, their customers, the public and their machines.

Combined with video and on-board diagnostics, the technology will also allow vehicle operators to carry out accurate location sensitive remote inspections and even pause machines such as grass cutters on public footpaths when they encounter people.