Positively looking towards the growing number of possibilities on mobile applications, Vodafone has unveiled its network APIs to the developer community, so that they can marry both device and network capabilities and create better apps for the end customers. 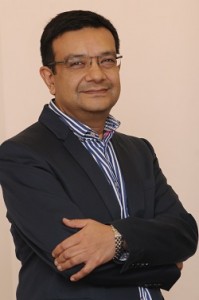 Vivek Mathur, Chief Commercial Officer, Vodafone India Ltd speaks with Zia Askari from TelecomDrive.com on the growing importance of mobile apps and how developers and ISVs can utilise Vodafone network APIs in a better manner.

Q) Today smartphone adoption is increasing at a fast pace – in this scenario, how does Vodafone look at the Mobile Apps space?

As the smartphone base increases, the customer demand and choice for more localised applications is also increasing. Riding on this growth trend, ICT industry is now witnessing more companies adopting the mobile first approach and are focusing on delivering enhanced user experience in that vertical space; be it travel, e-commerce, classified, education, entertainment, healthcare, so on and so forth. Vodafone India’ focus is to work with various brands, e-tailers, established Independent Software Vendors/companies, online players, and help them build and  deliver mobile apps with unique experiences to the target consumer segment.

Q) How is the company looking towards increasing the App adoption as well as App creation?

Today, most of the developers are focussing on developing apps for a particular platform/OS focusing mostly on the device and platform capabilities. What they lack is good understanding on consumer insights and segmentation.  As an operator, Vodafone understands its consumers better in terms of their services consumption, usage and behavioural patterns.

To help developers create better consumer centric apps, we support app developers with our understanding of the consumers and also are supporting them with network based APIs. Vodafone APIs not only helps in monetization of the 3rd party apps but also provides APIs like location, messaging, customer profile, device capabilities etc. All these APIs when combined with the device and platform capabilities helps in creating an app that will meet with the expectations of that particular target consumer segment thereby increasing app adoption rate.

Q What are some of the big trends in Apps that are likely to increase App intake at the end customer level?

As mentioned above, it is important that companies/developers should focus on understanding their target segment before they get into the app creation and this should be part of their ideation exercise. Apps built for a particular vertical space with focus on that target consumer segment with localisation is likely to get more traction. To make this happen Vodafone unveiled its network APIs to the developer community, so that they can marry both device and network capabilities. Developers can get access to these APIs @ http://partner.vodafone.in/

Q How many developers are working with Vodafone in order to create Apps?

Vodafone is the first operator in India, which started providing network APIs to developers. We’ve created partner portal to assist developers in integrating these APIs to their apps and also conduct sandbox testing before they go live. This portal acts like one-stop-shop solution in using our APIs from getting started to going live. We’re also providing an app Store for partners who wish to distribute their apps via Vodafone. Our Innovations team is involved in active partner engagement across verticals and various developer marketing initiatives like Vodafone appStar contest, Hackathons, engaging with developers etc., to bring in more consumer centric app development.

Q Which are the top three most downloaded Apps for Vodafone?

Facebook and whatsapp are among the most downloaded apps.

Q There are a lot of ISVs who are into development and creation of such apps – is Vodafone partnering with such ISVs in India?

Yes, we work with all ISVs and we’ll be happy to assist more ISVs who want to use Vodafone network APIs. Using network APIs, ISV/developers can enhance and deliver newer mobile app experiences and be part of building the new age applications

Q How do you look at the future of Apps in India? What more can be done by operators to ensure better App intake?

As consumers demand for more choice of services keeps increasing, the only possible way to provide these services is by tapping into the 3rd party ISV/developer community. Operators need to understand the needs of developers and provide the required resources to shape the new age apps economy and should also be willing to engage with the app developer community in enhancing their knowledge of the consumer. In a country like India, which is very diversified and segmented, the app developers need to take a localised consumer centric approach while creating apps. With a consumer centric approach, it not only improves consumer willingness to use but also pay for these apps. We at Vodafone India are just doing that to support the ISV/developers/brands etc…