Vodacom Mpumalanga region has invested over R400 million into the network across the province during the 2018/2019 financial year.

This substantial investment is designed to help remove barriers so that citizens in rural and township areas have the same network experiences with those who reside in urban areas of the province and be part of the Digital Revolution underway.

The bulk of the capital expenditure was used to deploy new base stations sites, performing upgrades on existing sites and on transmission network infrastructure in order to accelerate digital inclusion.

As a result, 400 sites were activated with 4G technology, providing customers fast internet connectivity. Currently, over 95% of Vodacom Mpumalanga sites have 4G activated and the 4G population covered has increased from 80% in March 2018 to 91% at the end of June 2019. 3G coverage has remained stable at 99.7%.

Talking about this development, Zakhele Jiyane, Managing Executive for Vodacom Mpumalanga region commented, “At Vodacom we have always maintained that our key differentiator is the quality, strength, and reliability of our network. We believe investing in our network ensures that we deliver best-in-class coverage and customer service, not only to urban areas, but to people who dwell in township and rural areas as well, so they can be part of the Digital Revolution.”

“The R400 million capex investment has enabled us to widen our 4G network coverage, increase data speeds, and help reduce our dropped-call rate, ensuring that we continue to deliver on our ‘Best network’ promise. As a result, hundreds of thousands of our customers and SMMEs within Mpumalanga region benefited from the capital expenditure.”

Some of Mpumalanga province municipalities that benefitted from the network investment include Ehlanzeni Municipality where areas such as KaNyamazane, Bushbuckridge and Hazyview received a massive boost. Gert Sibande Municipality covering areas such as Secunda, Kinross, Kosmosrand, Balfour, Elukwatini and Villiers was also a big beneficiary. New 4G sites were also deployed in Nkangala Municipality especially in areas such as Emalahleni, kwaGuqa, Klarinet, Lydenburg and Mashishing.

Network accessibility for people who reside in rural areas remains central to Vodacom’s commitment of extending network coverage to all South Africans, irrespective of class and economic status. Through partnering with black-owned telecommunications infrastructure companies, Vodacom plans to build over 40 sites in remote areas of the province to cover as close to 100% of the population as possible.

The region has also invested heavily into upgrading its backbone network to improve network performance connecting consumers and businesses. Microwave links have been upgraded in Bronkhorstspruit, Secunda, Embalenhle and Standerton. Further fibre rings have been completed in Jeppes Reef and Bushbuckridge. Fibre-to-the-Home is now available in Mbombela, White River, Secunda, Emalahleni and Middelburg.

Vodacom Mpumalanga recognises that it has both a particular responsibility and a profound opportunity to provide societal value through its core business activities. For example, we have over 152 000 Mum and Baby subscribers across the region, accessing free maternal health educational content via the Siyakha platform. There are over 83 000 E-school registered learners accessing unlimited free education content for grades (R-12) on the Vodacom E-school platform and just over 1.2 million users in Mpumalanga subscribe to Zero-rated Facebook Flex.

Learning the language of coding is key in preparing young people for a digital future. In June the region offered over 65 female learners the opportunity to learn how to code during the winter school holidays. This investment by Vodacom in digital skills training programmes for young women will help to narrow the gender digital divide at an early age in South Africa.

“A commitment to ensuring that business goals and societal benefits are as aligned as possible is even more important amid public mistrust of multinational corporations and governments. What we do matters; but so does how we work. All our investments in the province provide different demographic groups – rich and poor, young and old, educated and unskilled – with the ability to connect, learn and advance their ambitions,” concluded Jiyane.

DNA Taps VisualOn for its OTT Deployment on Android TV

Tele2 Appoints Kjell Morten Johnsen as its President and CEO 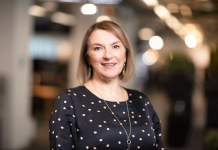