The enhanced certification program will enable telco network functions partners to test the interoperability and readiness of their Virtual Network Functions (VNF) and Cloud-Native Network Functions (CNF) with the VMware Telco Cloud platform.

As part of this certification program, VMware collaborates with partners to create an ETSI-Compliant descriptor, as well as workflow, resource, and artifacts for a validated and tested Cloud Service Archive (CSAR). This level requires the partner to complete the VMware Ready for Telco Cloud Infrastructure certification as a pre-requisite.

The focus of this certification level is on the virtualized infrastructure manager (VIM) based on VMware Cloud Director and VMware Integrated OpenStack and, shortly, CaaS (Container as a Service): VMware Tanzu Kubernetes Grid compatibility, as well as the compatibility with the platform’s core components: VMware vSphere for virtualized compute, VMware NSX for virtualized networking and VMware vSAN for virtualized storage. The program is available at no cost to VMware partners. Testing can be completed either in the VMware on-premise certification lab or in the cloud as a self-service model. 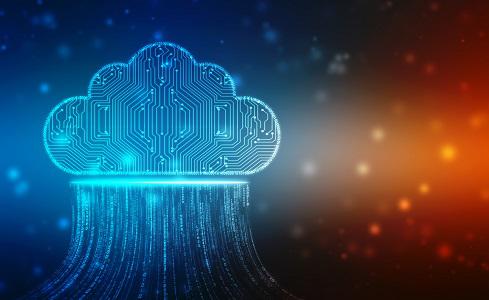 The expanded program enables VMware partners to accelerate the onboarding and deployment of their 5G-ready services on the VMware Telco Cloud platform, thereby reducing communications service providers (CSPs) time to revenue. CSPs benefit from having access to advanced network functions and services, such as 5G Core components, that are ready to be deployed on the VMware Telco Cloud platform.

“As the telecommunications industry starts its migration to 5G and cloud native telco cloud design principles, there are two trends that will shape the industry for years to come – a need for improved orchestration and a shift of network functions to a cloud native architecture,” explained Gabriele Di Piazza, vice president of solutions, Telco & Edge Cloud, VMware. “The expanded scope of the VMware Ready for Telco Cloud program reflects VMware’s understanding of these shifts, and our focus on helping customers more seamlessly architect, deploy, and manage software-defined telco clouds.”

“With network operators having to deal with rapidly growing volumes of video content, there is a need for video traffic to be delivered at the lowest possible cost. One direction taken by the industry is the NFV approach where network functions are deployed on private clouds. Broadpeak is leading the charge in the cloudification of the video components with our virtualized CDN platform fully supported by VMware Telco Cloud Automation,” said Jacques Le Mancq, CEO, Broadpeak. “With flexible deployment models and scale-in/out solutions, Broadpeak is deploying virtual CDN capacity using its Bks400. Video traffic is served from virtual instances and deployed in key locations, always as close as possible to the consumers, leading to reduced network transport costs and superior quality of experience.”

“We have been collaborating with VMware under the VMware Ready for NFV program since the earliest version of the VMware Telco platform. The framework that VMware put together for technical collaboration under the “Ready for” program means that we can better support our mutual customers and quickly resolve issues,” said Indranil Chatterjee, senior vice president of products, sales & marketing, Enea Openwave. “Our customers’ move to virtualization and cloud native introduces many operational challenges that VMware efficiently addresses in a collaborative and open fashion. We are happy to show our support for the advanced capabilities that VMware Telco Cloud Automation brings.”

“NetNumber platforms are deployed in numerous telco cloud networks and support the transition from NFV to cloud native. As much as the industry is talking about 5G, there is a crucial need to support signaling control, routing policy enforcement, and subscriber database services in the network—while also protecting the telco’s investment in 3G and 4G generations. VMware makes it easy and sustainable for us, as a network function supplier, to prepare for customer deployments,” shared Matt Rosenberg, NetNumber Chief Revenue Officer. “VMware provides a published reference architecture; has established an open and welcoming certification program that is focused on how customers are using its Telco Cloud platform and intend to use our software in production; and provides us a technology collaboration framework. We are proud to be part of the VMware Telco Cloud partner ecosystem.”

“We are pleased to announce the immediate certification of our Cloud Packet Core as VMware Ready for Telco Cloud, which includes interoperability with VMware Telco Cloud Automation,” said Vach Kompella, Vice President, Mobile Packet Core, Nokia. “As our customers embark on their 5G journey in an increasingly complex technology landscape, they are looking to strategic partners like Nokia and VMware to help guide them on that journey. This program is a perfect example of how partners can come together to help our mutual customers in the design, rollout, and lifecycle management of their software-defined telco cloud infrastructure.”