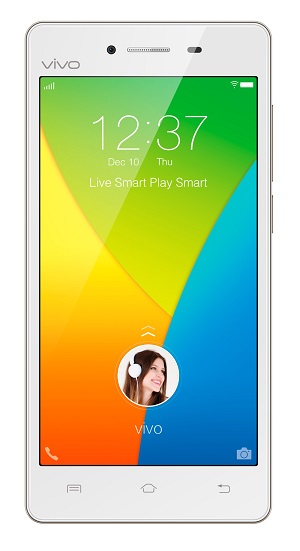 Moving ahead with its aim to capture greater marketshare in the Indian smartphone market, vivo India has launched Y51L smartphone in India. It further strengthens vivo’s capacity to capture the growing affordable smartphone space in India.

Y51L marks vivo’s first major model of 2016 for the Indian market, assembled in the manufacturing plant in Greater Noida. Y51L will allow the users to seamlessly perform multiple functions and switch between the apps at a fast pace, standing up to its core theme of “Feel the Real Speed”.

Speaking on the newly launched Y51L, Alex Feng, CEO, vivo India, said “The Indian smartphone market is tech savvy and price sensitive. The affordable segment is the growth driver, as the young generation today looks for a phone which is best in features, beautiful in design and is priced competitively. Last year, we witnessed huge sales and positive demand for products in the budget range across markets, which boosted us to launch the Y51L.

The new launch will further strengthen our hold on the market and help us establish ourselves among our consumers.”

The Y51L offers a 2 GB RAM and 16GB ROM along with 4G LTE support and OTG support. Backed by Snapdragon 410, users will have the real experience of speed at a price of Rs. 11,980. Y51L can capture memorable moments with perfection through its 8MP rear and 5MP front camera. The Android-Lollipop based Funtouch OS 2.5 enables users to have long battery life, powerful performance, smoother operation and the ultimate fun!

Last year vivo introduced its Y series by launching several major models including Y27L, Y31 and Y15S priced from INR 6000 to 13000. With Y51L this year, vivo expects to grow its market share reasonably in India.