Verizon, an Official Technology Partner and the Official 5G Network of the NFL, returns to the Super Bowl for the fifth consecutive year with an in-game advertisement.

Jim Carrey will reprise his role as “The Cable Guy” and give a huge platform to Verizon’s new 5G Home Internet and 5G Business Internet offerings, including the speed and bandwidth to connect TVs, tablets, phones, gaming consoles and more to Verizon’s ultra-fast and reliable network. 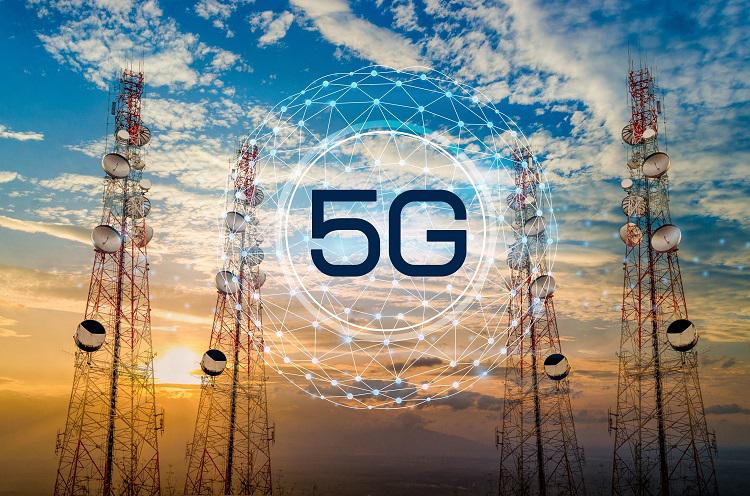 5G Home is now available to 20 million people and 5G Business Internet is available to two million more businesses around the country.

Powered by the recent expansion of 5G Ultra Wideband to more than 100 million people in the United States, the company will also showcase the speed and power of its 5G network throughout the game broadcast – from the on-field action to immersive mobile access to the Pepsi Super Bowl LVI Halftime Show ever.

The Pepsi Super Bowl LVI Halftime Show will be streamed in real-time by the Verizon 5G Ultra Wideband network, enabling this one-of-a-kind experience to take place. With the addition of strategically placed 360-degree cameras streaming in 4K throughout the stadium, field, and stage, fans will be able to curate their own second screen experience with access to exclusive vantage points not accessible on television. To gain access to the experience, consumers can enter the “Pepsi Super Bowl LVI Halftime Show Ultra Pass Powered by Verizon 5G Ultra Wideband” through the Pepsi Halftime mobile app to instantly feel transported into the show itself – at home or watching with friends.

“The Pepsi Super Bowl LVI Halftime Show Ultra Pass Powered by Verizon 5G Ultra Wideband is so much more than just a second-screen experience, it lets fans feel as though they are on stage with the artists,” said Diego Scotti, CMO, Verizon. “Utilizing 5G Ultra Wideband technology and in close partnership with Pepsi, Roc Nation and the NFL, we are able to enhance one of the most-watched events of the year, in a way that’s never been done before, opening the doors for the future of live events.”

In support of Pepsi Halftime headliner Dr. Dre, Verizon is making a $1 million commitment to the University of Southern California’s (USC) Iovine and Young Center, a key partner of Jimmy Iovine and Andre “Dr. Dre” Young’s magnet high school (Regional High School #1) which will open in Leimert Park in fall 2022. Verizon’s commitment supports the expansion of the Academy’s instructional activities into design, technology and entrepreneurship learning experiences for secondary education students and related professional development opportunities for teachers throughout the Los Angeles metro area. This partnership brings together the Academy’s goal of scaling its educational models and their impact and Verizon’s goal of promoting digital skills training. It also demonstrates Verizon’s commitment to the LA community, where, through its nonprofit partners, it supports 39 Verizon Innovative Learning Schools with over $75 million in market value to help bridge the digital divide in education.

“Verizon’s incredible generosity provides the opportunity to create the same impact in arts, technology and the business of innovation at the high school level in South Los Angeles as the Iovine Young Academy did at USC,” said Jimmy Iovine, music entrepreneur and philanthropist. “Verizon’s commitment to education has always been impressive, and we’re grateful for their support of the Iovine and Young Center.”

5G and the fan experience

Verizon 5G Ultra Wideband will bring fans as close to the game as possible while inside SoFi stadium. Verizon 5G Multi-View in the NFL Ticketholder app will give fans in attendance, with select Android and iOS 5G phones , the opportunity to engage with up to seven different camera angles, project AR overlays of NFL’s Next Gen Stats for players, and access instant replays. Using Verizon 5G Multi-View, fans will never miss a moment of the on-field action, even if they step away from their seat. In addition, NFL Ultra Toss, an interactive mobile game, will also be available in the NFL Ticketholder app with new features that enable players to view scores and compete directly with other fans playing in real-time.

New this year, Verizon has partnered with Snapchat for an exclusive augmented reality (AR) 5G Connected Lens, for fans at SoFi stadium. Fans connected to Verizon 5G Ultra Wideband at the stadium can use Snapchat to join a shared, simultaneous AR experience where they can team up and battle with other groups of fans to take control of a giant virtual airship hovering above the field. Whichever group makes the most noise will “go Ultra” and have a chance to win control of the airship and ultimately win the game.

Verizon has made a $119 million long-term investment throughout Los Angeles and Inglewood in preparation for the big game; an investment that will benefit customers living in and traveling to the area well into the future, adding capacity, speed and coverage for residents, businesses and visitors.

As part of that investment, Verizon built 169 new small cells, 4 new macro cell sites, and 24 new in-building systems. These solutions will provide reliable, secure service to visitors attending the game, NFL players and staff, first responders and residents of Los Angeles and Inglewood enjoying all the festivities surrounding the big game and beyond.

Verizon Frontline, the advanced network and technology built for first responders, is working closely with public safety agencies throughout Los Angeles County to help ensure first responders have the reliable connectivity they need to protect fans at the game and those in the local community.

Staffed by technicians and engineers actively monitoring and managing the Verizon network throughout Los Angeles, the Verizon Command Center will also be operating around the clock to help ensure first responders and fans are able to communicate effectively.