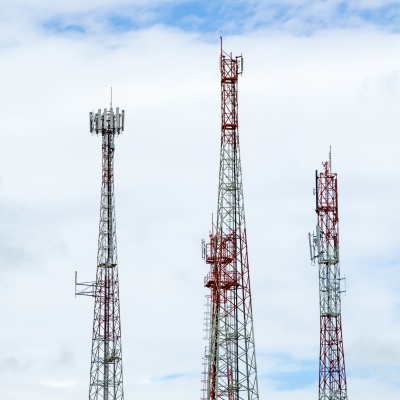 Mobiles, smartphones have become more than a necessity today – most of the work and personal activities are quite well entrenched in a smartphone or a mobile today. And as smartphone connectivity eventually happens through a mobile tower – it is also an integral part of the connectivity chain.

Mobile or cellular phones are now an integral part of modern telecommunications. In many countries, over half the population use mobile phones and the market is growing rapidly. In many parts of the world today – mobile phones are the most reliable or the only form of connectivity available.

Mobile phones communicate by transmitting radio waves through a network of fixed antennas called base stations. Radiofrequency waves are electromagnetic fields, and unlike ionizing radiation such as X-rays or gamma rays, can neither break chemical bonds nor cause ionization in the human body.

While there have been a number of voices against the radiation being emitted by mobile towers and mobile phones in India – industry experts and even WHO has not found anything to support this. Hence, as of today it is just a myth to associate mobile towers with health hazards such as cancer.

There is no denying the fact that both cell towers and mobile phones emit radiation, but the emission levels are much within the regulations.

This is what you need to know about radiation from mobile phones and towers:

What is the truth behind radiation? What kind of radiation is harmful for humans?

By its definition – Radiation is merely the transmission of energy in the form of waves through space or a material medium. Radiation is of two types – ionising and non-ionising radiation.

Ionising radiation or high energy radiation like X-rays or gamma rays can alter DNA and long exposure to such form of radiation can be harmful to human body. Non-ionising radiation is low energy as emitted by mobile phones or tower radios and tends to generate heat.

It is important to note that voice and data telephony is conducted over invisible radiowaves or spectrum, which is part of a family of waves in the electromagnetic field spectrum. Radiation coming from both mobiles and towers is safe because it is low energy, non-ionising radiation that can induce only thermal effects.

As far as India is concerned, mobiles are not allowed to emit radiation more than 1.6 watt/kilo, which is called SAR or Specific Absorption Rate. This safety limit followed in the Indian market is far more stringent than norms followed by other developed countries today.

Mobile phones are low-powered radiofrequency transmitters, operating at frequencies between 450 and 2700 MHz with peak powers in the range of 0.1 to 2 watts. The handset only transmits power when it is turned on. The power (and hence the radiofrequency exposure to a user) falls off rapidly with increasing distance from the handset.

A person using a mobile phone 30–40 cm away from their body – for example when text messaging, accessing the Internet, or using a “hands free” device – will therefore have a much lower exposure to radiofrequency fields than someone holding the handset against their head.

Are there any health effects?

A large number of studies have been performed over the last two decades to assess whether mobile phones pose a potential health risk. To date, no adverse health effects have been established as being caused by mobile phone use.

Several large multinational epidemiological studies have been completed or are ongoing, including case-control studies and prospective cohort studies examining a number of health endpoints in adults. The largest retrospective case-control study to date on adults, Interphone, coordinated by the International Agency for Research on Cancer (IARC), was designed to determine whether there are links between use of mobile phones and head and neck cancers in adults. The international pooled analysis of data gathered from 13 participating countries found no increased risk of glioma or meningioma with mobile phone use of more than 10 years.