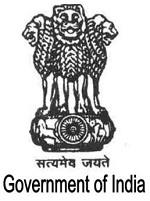 India’s telecom watchdog, TRAI (Telecom Regulatory Authority of India) has released its consultation paper on the issue of Over The Top or OTT players in India.

Off late, Indian telecom ecosystem has been experiencing a lot of network turbulence being caused by exploding data coming from OTT players such as WhatsApp, Twitter, Facebook, YouTube etc.

As part of this consultation paper, TRAI has said that the business and pricing models of Telecom Service Providers have been affected by the advent of various OTT apps including messaging apps. Earlier, TSPs had an incentive to invest in the network as content and carriage went together and they could generate revenues through the provision of content.

Traditionally, Indian TSPs kept the bulk of the VAS revenues from their subscribers, retaining on average 60-70% revenue from VAS, while the remaining revenues accrued to VAS companies. Proliferation of internet through mobile networks has blurred the contours of the VAS industry and the OTT players; now, consumers can access various application services through the internet. With the emergence of OTT services, the trends have changed; now, a TSP earns revenue only from wholesale data usage.

According to the Cellular Operators Association of India (COAI), voice services provided by OTT players substitute the PSTN/ Internet Telephony Services offered by licensed TSPs. In the present licensing regime, Internet Telephony is a licensed service permitted only under the UAS/ISP or Unified License granted under Section 4 of the Indian Telegraph Act 1885.

Rapid growth in the telecom sector will continue and, possibly, accelerate
in the future. According to Ericsson, globally the number of smartphone
subscriptions is expected to exceed 4 billion by 2018, while mobile
broadband subscriptions are projected to reach 7 billion in 2018.

The growth of the smartphone market has fuelled the surge in OTT services.
An analyst, Pyramid Research, projects that 4G subscriptions will grow
tenfold over five years, from 88 million in 2012 to 864 million in 2017.

Powers of the regulator

OTT players are generally not bound by regulations in many countries. There can be two broad categories of OTTs- OTTs that provide communication services and those providing other services. The communication OTT players are competing with TSPs in the communications sector, and are winning the race, especially in the SMS market due to zero rates and value added features. However, the OTTs are not bound by any regulations; this orients market dynamics in their favour.

The lack of regulations also poses a threat to security and safety because of the very nature of the communications sector.

OTT players are not under the purview of the telecom regulations, the
issues have to be addressed suitably by the concerned Ministries/agencies. There may be a need to undertake a comprehensive review of the existing laws/regulations for such non-communication OTT players in all fields which presently fall under the purview of different ministries. It may even become necessary to establish a Nodal Authority which is entrusted with the responsibility of ensuring compliance with the laws of the land e.g. Consumer Protection Laws for e-commerce.

Should the TSPs be mandated to publish various traffic management techniques used for different OTT applications?

Is this a sufficient condition to ensure transparency and a fair regulatory regime?

Who should bear the network upgradation costs?

What are your views on net-neutrality in the Indian context?

What forms of discrimination or traffic management practices are reasonable and consistent with a pragmatic approach?

Previous articleEricsson teams up with Smile and NASSCOM Foundation to drive education, health initiatives in India
Next articleHow Ericsson and Canonical can drive fast paced innovation around OPNFV and Cloud 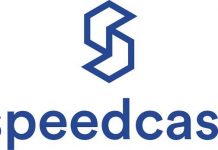