Home Android Top 5 Universal Gadgets that Work in Any Situation 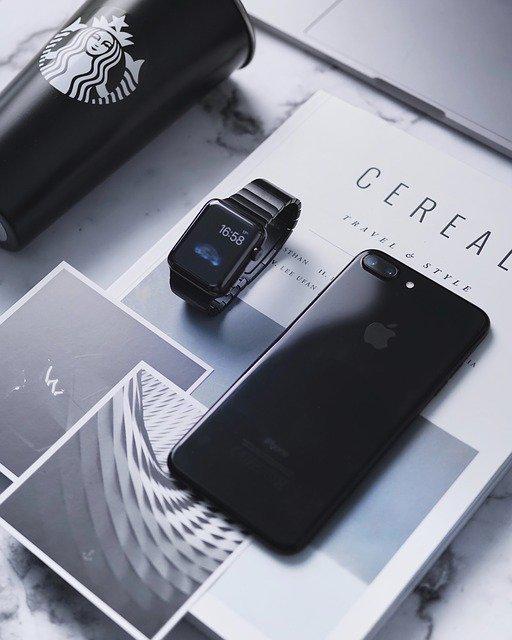 Okay, let’s face it: our lives have become massively dependent on big or small gadgets around us. While you may not think of them like that, but the refrigerator or a large 70-inch 4K TV you use in your apartment are also the pieces of gadgetry that shape our everyday life. And no one says that anything about that is bad.

Gadgets are useful in their own ways, that is, the majority of them are designed for a specific purpose. For example, we buy headphones to listen to music or podcasts; we buy the consoles like PlayStation or Xbox to play our favorite game titles, and so on and on.

However, along those lines, we also witness the birth of the universal gadgets that work in lots of different situations. The shiniest example here is the computer, of course. When it first came to existence, the computer was merely a calculator of the size of a room. After lots of modifications, its size shrunk significantly, while its functionalities have increased exponentially.

To go along those lines, we have prepared the top 5 universal gadgets that, while not as influential as the computer, are nonetheless very useful in many situations.

In our relationship with the tiny gadgets, there are times when it’s incredibly easy to lose them. For example, the new trend of wireless headphones is a massive contributor to the lost earpieces among users. And it goes without saying how annoying that can be.

Well, there are lots of cool gadgets that can help you avoid the same misfortune. We’re only going to mention one of them, the Tile Mate item finder. With Tile Mate, you can pretty much say goodbye to losing small gadgets. And it’s not even a promotion: this tiny tool is really useful for keeping track of your things.

Tile Mate consists of individual tiles that are just 1.3 inches long and 0.2 inches in thickness. You can stick it to any device or other gadget you want and whenever you feel like you’ve lost it, just open up a companion app in your smartphone and make the Tile ring, flash, or vibrate. It’s that easy.

Another trend apart from the current wireless earbuds is the development of smartwatches. From the likes of the Apple Watch, Samsung Galaxy Watch, and others all the way to the less-known brands, this industry has slowly, but surely, taken its place. And Fitbit Charge 3 is definitely an honorable mention here.

According to the Verywell Fit, Fitbit Charge 3 is the overall best performer in terms of its health monitoring functionalities. The smartwatch offers everything ranging from heart rate monitoring to the suggestions for your fitness goals. And while as rudimentary as it can be, a heart rate monitor can be a great companion gadget in any place you visit, whether it’s a swimming pool or a casino.

Speaking of casinos, many operators are trying out the method of suggesting their users to stop playing whenever their heart rate goes up. And PlayAmo casino online is one of them. Its users are asked to wear Fitbit Charge 3 and sync it to their account, and once high-stress levels are detected, the user gets a notification, advising them to either calm down or take a small break.

This next gadget, or rather a set of gadgets, may seem like being designed for a specific use, but you’ll be amazed to find out just how often you can use them in your daily life. We’re talking about Amir clip-on smartphone lenses that you can buy for less than $10 on Amazon right now.

A quick disclaimer: there are definitely other smartphone lenses that offer better optical quality than Amir lenses, however, they’re far more expensive as well. With just 7 bucks, you’re getting a three-lens setup that expands the field of view of your camera to a never-before-seen scale.

Again, when purchasing Amir’s clip-on lenses, you get three individual pieces of glass

Lighters may not be the most innovative or universal gadgets in the world, but their use can hardly be underrated. Apart from smoking – which is a terrible habit and you should stop that for your own sake – the lighters come in handy in darkness, or during a camping trip, or anything else.

Standard lighter runs on a liquid gas stored inside its container and whenever it runs out, you either bring it to a special place to recharge it or just throw it away and buy a new one. With Tesla Coil USB rechargeable lighter, you can pretty much forget all that hassle.

Need a light? Flick a switch and the electric charge will light up anything you put in it. Need a refill? Instead of refilling a liquid gas, you just plug a USB cable to the power source and refill a lithium-ion battery. It’s that simple.

Have you ever been in a situation where you needed to cut something or take a tiny object that you couldn’t reach with your fingers? It’s annoying when you need something so bad and it’s nowhere to be found.

Well, with the help of Victorinox Swisscard Lite Pocket Tool, you already have all the essential tools needed for cutting, taking tiny things, screwing things, or magnifying them. In short, this tool includes a detachable knife, a straight pin, scissors, pen, tweezers, magnifying glass, ruler, Phillips and Posidrive screwdriver, and an LED light.

And the best part about this gadget is that everything is folded into a form factor of a credit card. Therefore, everywhere you go, it stays with you as long as you carry your wallet.

Gadgets that can be used a lot

Gadgets are to be found everywhere around us. We use them for almost everything, whether it’s watching Game of Thrones, playing games, listening to music, or keeping track of small stuff.

Whether you’re easily losing things, work out, capture landscapes or macro shots, happen in dark places, or go camping, those small gadgets we’ve listed in this article will definitely prove useful to you.