Greenwich is one of London’s 32 boroughs and has created a smart city team of ten, Digital Greenwich, working on “a raft of projects, right across the smart city agenda”.

It is delivering consulting to other countries, for example, in the Middle East and to other industries that want insight into what’s going on in smart cities. 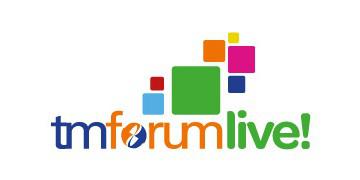 Paul Copping, Chief Innovation Officer, Digital Greenwich, gave a presentation at TM Forum Live! 2017 in Nice, called Adopting a business-led approach to elements of smart city. He explained how the organization has attracted a small, core team of well-known specialists such as the distinguished economist Allan Mayo, who formerly worked for the British government on strategy, and architects and planners, such as spatial designer Lola Fernandez.

The idea is to “bring a whole lot of cities along with us to improve speed to market and the cost of delivery, but also reduce the risks of cybersecurity and by being consistent and well designed”. Copping himself joined from a partner organization, the Transport Research Laboratory, which wanted a base for its work on driverless cars, typical of Digital Greenwich’s approach to setting up partnerships with other organizations of all kinds and sizes.

He says, the aim is to create replicable processes and standards – subjects close to the heart of TM Forum’s members – “so we can bring a whole lot of cities along with us to improve speed to market and the cost of delivery, but also reduce the risks of cybersecurity and by being consistent and well designed”.

The Evolution of Slot Gaming Technology

How 5G URLLC from Ericsson is accelerating automation at Audi factory