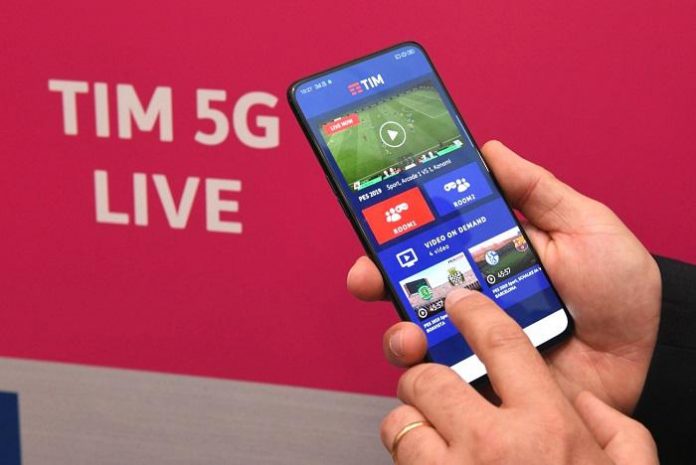 Already available in Turin, Rome and in Naples as of today, TIM 5G will go live within the year in another six cities, 30 tourist destinations and 50 industrial districts, with speeds up to 2 Gbps.

By 2021, 120 towns and cities will be covered, along with 200 tourist destinations and 245 industrial districts, with speeds increasing progressively up to 10 Gbps.

Free training and digital literacy initiatives will start after the summer, designed to help Italians become acquainted with the new technology.

TIM is launching the digital transformation of the country with 5G, through the progressive roll-out of the new technology in major cities and industrial districts together with digital literacy initiatives that will be launched throughout the country after the summer.

The 5G revolution has already started in Rome and Turin and as of today also in Naples (at The Universiade Village), where TIM has activated 5G and made available the first commercial services for families and companies.

Within the year, it will arrive at another six major cities – Milan, Bologna, Verona, Florence, Matera and Bari – 30 tourist destinations, 50 industrial districts and 30 specific projects for big businesses, with speeds of up to 2 gigabits a second.

By 2021 there’ll be coverage for 120 major cities, 200 tourist destinations, 245 industrial districts and 200 specific projects for big businesses, with speeds increasing progressively up to 10 Gbps and overall coverage of about 22% of the population. Many municipalities will be able to make use of 5G, including superfast connections through FWA (Fixed Wireless Access).

5G will bring radical change to the fixed and mobile network, with performance ten times higher than current levels: faster download speed (at least 10 times higher than 4G), lower latency (10 times lower than 4G), a higher number of devices handled (up to 10 times) and significant use of the Internet of Things, connecting up to one million devices and sensors per km simultaneously, with extremely high quality and reliable service.

TIM 5G is more than an evolution in tech standards: it’s a genuine revolution that will pave the way for a new generation of services required for the digital development of Italy. These will enhance everyday quality of life for customers, the public and companies in various sectors.

There will be a new corporate advert on air in the coming weeks to accompany the launch of 5G, created by Luca Josi, Head of Brand Strategy, Media & Multimedia Entertainment, using captivating, emotionally charged images to convey the extent to which this technology can contribute to improving lives, bringing people closer and offering new opportunities.

TIM has already launched the first commercial offers for consumer and business customers and has entered into partnership with Samsung, Xiaomi and Oppo to enable an immediate use of the new-generation network.

This offer also allows for the purchase of the new Samsung S10 5G for 10 euros/month (€199 down payment) and use of the TIMGAMES App (included until December 2019) to turn it into a console with the gamepad.

TIM will also offer 5G roaming in six countries, starting within July in Austria, Great Britain and Switzerland and moving on to Spain, Germany and the United Arab Emirates.

TIM is working to offer increasingly customised services to industry in the country, so as to increase the efficiency of production processes, in part through the adoption of MIMO technology to optimise connection capacity.

TIM 5G has enabled some services which are already available for the tourism and culture sector, among the first that can benefit from applications of the new technology. Special headsets allow immersive virtual reality visits to museums and historical locations, making it possible to interact with a real tourist guide in the same virtual environment despite a distance of many Kilometers. TIM has made these virtual tours possible for Piazza Navona, Matera’s rupestrian churches and the Pietro Micca Museum and Subalpine Parliament in Turin.

A further significant application highlighting the advantages of 5G is cloud gaming, with the captivating option of streaming gameplay, even on the move. It’s already possible to follow a live eSport event, changing the perspective on the screen in real time thanks to the multiview function with simultaneous video streams, during a football match for example.

Industry 4.0 applications have been launched in robotics and industrial automation. A mobile connection permits control of robotic arms, exploiting the bandwidth and latency features of the 5G service. Remote devices such as laptop and tablets will make it possible to manage production lines in different locations, with real-time control.

The power of the 5G mobile network will also mean that billions of devices and sensors applied to objects and people and an extremely high-performance connection will generate an ever-greater quantity of data. This will run parallel with the development of digital society in the next few years, for applications in urban mobility, public safety, environmental monitoring and services for tourists. TIM’s Smart City Control Room, for example, features live data presented on dashboards and analyses data collected through sensors on TIM’s mobile network for smart management of traffic, parking, lighting and waste collection.

After the summer, TIM will launch specific training and digital literacy initiatives for both the general public and businesses to help them to navigate and benefit from the profound digital transformation which is taking place.

The courses will be free of charge, online and in various TIM Academy locations around the country, to help Italians become acquainted with using the new digital services and thus lending concrete support to spreading new technology and its use in daily life.

TIM was the first operator to activate a 5G millimetre-wave antenna in Italy, the first to offer complete 5G coverage for the Republic of San Marino and the first in Italy to demonstrate a car being driven remotely through 5G, together with Ericsson – with whom the current creation of the commercial network has begun – and the Municipality of Turin.

As part of the Bari-Matera experiment undertaken in agreement with the MiSE, around 70 5G use cases have been defined and many of these have already been implemented or are being finalised. Thanks to TIM 5G, this year’s Giro d’Italia fans could follow the Riccione–San Marino stage in real time with 360° cameras and enjoy a genuinely immersive entertainment experience.