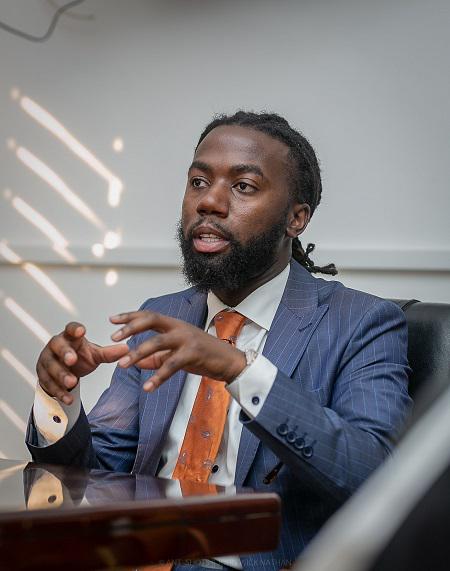 It’s no secret that Ghana is on the rise. As the economy grows, Ghana is taking a larger and larger role on the world stage. Unfortunately, as the country gains more attention, some of the largest problems it’s facing inevitably land in the spotlight as well – like the major mental health epidemic that’s plagued Ghana’s citizens for a long time. Studies estimate that around 650,000 Ghanaians are currently struggling with severe mental illness, and the number of citizens suffering moderate to mild symptoms is millions more.

A shocking percentage of Ghana’s population is dealing with untreated mental illness, but you’d be forgiven for not believing it. The stigma against receiving treatment for mental illness is high, and many who suffer from these illnesses will never come forward about their issues to receive the help they need. Johnwick Nathan was disheartened when he heard of the struggles Ghanaians were facing, but not entirely surprised. Americans face the same sort of stigmatizations; attitudes towards mental health that Johnwick has been fighting for years. 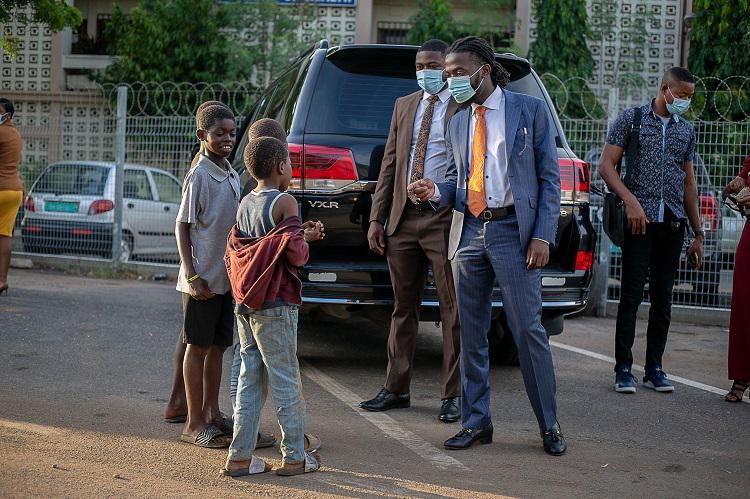 His unique approach to mental healthcare has helped destigmatize treatment in his local community in Arizona, and now he’s in Ghana, seeking to make the same changes.

Johnwick Nathan is the founder and current CEO of the Arizonian healthcare company Harbor Health Integrated Care, but he wasn’t always a successful businessman. Like many, he came from humble circumstances, and faced many hard times in his early life. He was born in Haiti in a small town called Bombardopolis, raised by a single mother with five siblings. They moved to the United states when Johnwick was three years old to seek out new opportunities and begin a better life.

They struggled to make ends meet at times, but they helped each other get through the hardships they faced. “I came to the states, obviously not having much. I remember growing up and you go to school and everybody has everything but you try to make do with what you had,” he said, recalling his childhood. They didn’t have much, but they had each other. This sense of community, and having somebody to rely on, is incredibly important to Johnwick, and it’s something that he seeks to provide at his facilities.

Playing music was a huge part of Johnwick’s early life. He was part of an organization called Operation Unite New York, through which he learned to play the piano – a pursuit he soon dedicated himself to. He played the piano at his local church in Hudson, NY, starting at the young age of ten, and he wanted to become a renowned keyboardist one day. In the pursuit of this goal, he briefly studied worship and Indiana Bible College, but he soon had to drop out for financial reasons. He started a gospel music group called Arise with his sister, and they found some success, releasing two EPs.

He first moved to Arizona to study music engineering at CRAS recording school, but it was there that he found his true passion. He needed a job to pay his tuition, so he started working at a group home for addicts and the mentally ill as a behavioral health tech. Johnwick cites this experience as being the driving force behind his decision to switch careers. “Doing that, it changed my life. And at that moment I said ‘you know what?  I think this is what I want to do,’” he said. “To be able to see a person change; that’s like watching a child be raised. When you have a child and he or she grows up and you’re like ‘man, I really did a great job.’”

After graduating, he started his own group home, which after a few years turned into six group homes along with further mental healthcare facilities and more on the way. Johnwick runs all of his facilities under the Harbor Health banner. He discovered early on that many of his patients came from the native American population of Arizona, and he found that the best way to get them the help they needed was to approach them on their terms. He learned some of the native language to provide a welcoming and non-judgemental atmosphere.

“It doesn’t matter to Mr. Nathan what position you hold. You’re human, you were made in love. You should be respected. You should have a sound mind, and a peaceful living,” said Lydia Sanabria Alexander, the COO of Harbor Health. After reading the statistics about Ghana, Johnwick wanted to bring these attitudes to their mental health care systems.

He’s already making waves in Ghana’s healthcare industry, meeting with officials and experts to figure out how he can implement his mental health treatment programs as efficiently and effectively as possible. While he wants to build new facilities in Ghana, he’s also visiting existing facilities to get an understanding of the way mental health treatment functions in the country. As a part of his recently created charitable organization, the Nathan Foundation, Johnwick has donated necessities like food and water to local clinic.

While in Ghana, Johnwick found a new kind of community. The Ga-Adangbe tribe has been a large focus of Johnwick’s and the people of the tribe have accepted him with open arms. His contributions have been so appreciated, that he’s been inducted into Ga-Adangbe royalty, with the title Nii Borlabi Tesaa I – an appellation that shows the community’s respect and admiration for him, as well as his commitment to supporting his people.

Johnwick has lofty plans for the future in Ghana. He’s currently planning on fixing up the Pengtan hospital, an already existing facility, by redoing the roof of the administrative building. The government has promised to support healthcare infrastructure for a long time, but since they have never fulfilled these promises, Johnwick is picking up the slack. The Nathan Foundation is also hard at work, planning to build a new mental health hospital, a boarding school, and women’s housing in Ghana.

Johnwick listened to Ghanaian experts, he met with the people and became a part of the community, and provided aid where it was needed. Johnwick is still in Ghana, and plans to support his community indefinitely.