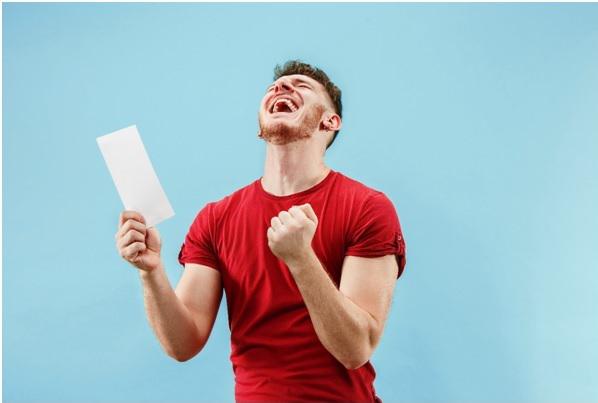 When it comes to placing a bet or playing at a casino, a lot of the time you will hear people say “it’s just luck.” Some regulars will be offended by this statement, knowing that they spend hours every week researching and analysing certain teams, horses or players.

As much as it can be very difficult to place a bet, a lot of the time people just throw down whatever is in their pocket on a few random outcomes.

Accumulators are the most popular form of bet that can turn your pennies into thousands, or even millions. Also, bets which demonstrate outside of the box thinking can land you a fortune, though choosing something so wild that it almost could never happen is one of the hardest ways to land a jackpot.

The people in this list have gone through multiple different routes to claim their fortune, some are incredibly unlikely events but all of the people placing these bets were lucky. Other ways to win incredible jackpots other than predicting the future is playing daily jackpot games online here https://games.paddypower.com/c/daily-jackpots

During the summer months of 2005, a Liverpool fan by the name of Adrian Hayward had a dream that Xabi Alonso would score from his own half in the upcoming season. The next morning Mr Hayward ran down to the bookies and placed a whopping £200 on the unlikely event.

Fast forward to the FA Cup third round where Liverpool were set to meet Luton Town FC at Kenilworth Road. Most had already placed an outcome of the game – Liverpool to win – which they did, but not many expected the 5-3 score line. Even fewer expected Alonso’s incredible 70 yard goal. Mr Hayward’s dream literally came true, winning him a hefty £25,000.

Another punter who predicted the future was Richard Hopkins. In 1998, Hopkins would race go-karts with his son, who at the time was 13. Hopkins watched a young Lewis Hamilton on the track and instantly knew the driver was destined for great things. He headed down to the bookies and placed multiple bets. The first was that Hamilton would win his first F1 race by the time he was 23, another bet was that he would become world champion by 25 and the third to predict that Hamilton would achieve both.

Hamilton went on to do great things, including winning his first F1 race at the age of 22, and becoming world champion at just 23 years old. For Hopkins, the achievements of the F1 driver led to huge winnings. Totalling the three bets together meant that from a £200 bet, he had £165,000 returned to him.

A lucky day at the races

Horse racing is a great gambling event, people flock in their thousands to get dressed up and spend a few pounds on the outcome of various races. On a day just like any other, Fred Craggs put down an accumulative bet across eight horses, expecting to be denied the sweet £1 million return.

Shockingly, horses Isn’t That Lucky, Racer Forever, and A Dream Come True managed to assist Mr Craggs’ accumulative bet and surpassed the odds. All the horses came in across Sandown, Wolverhampton and Dubai to beat the odds of 2,000,000-1. With a 50p stake, Mr Craggs became a millionaire in time for his 60th birthday.

Defying all odds at the races

Steve Whitley described himself as “not a horse racing man”, but when he placed his £2 accumulator bet at Exeter racecourse, little did he know he was onto a winner. The 60-year-old had arrived at the racecourse for free on his bus pass and entered the track for free in a promotion.

The little money he had spent on the day certainly found its way back into his pockets! Mr Whitely took part in the Tote Jackpot, whereby punters must predict the winning horse in all six races, if nobody wins then it is rolled over to the next event. The rollover from the previous event and the 368,639-1 odds saw Mr Whitely walk away with a sweet £1,425,309 – not bad for a man who doesn’t gamble often.

Airtel rolls out an Exclusive Shopping Experience for Airtel Thanks customers