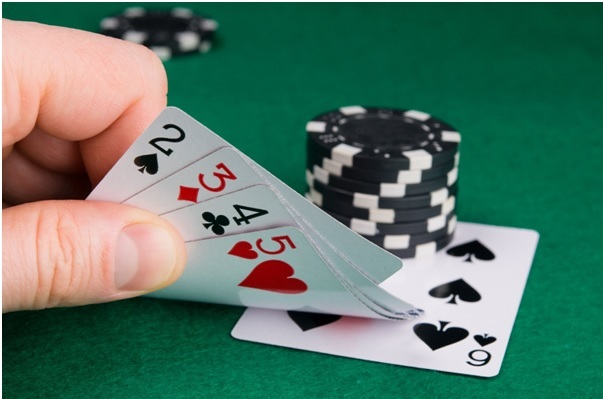 Over the years, playing cards have undergone a radical transformation. It’s thought that the casino staple originated several centuries ago, long before the days where you could just log on and play your favourite casino game online. In fact, there’s evidence that shows that the Arabs actually introduced playing cards to Europe during the second half of the 14thcentury. The general consensus is that this early form of the cards was found in Asia, before being brought over, although solid historical evidence is lacking as paper is understandably hard to preserve.

There’s also some evidence that suggests that another form of card game was being played in china during the 9th Century AD, including cards that feature icons that represent different coins, which remained in place later on in Western Europe. Another theory is that playing cards were first created with the function of acting like “play money”, more or less used in the same way that casino chips are today, to represent a player’s stake.

From Belgium, a massive number of cards were brought over to England, as well as French soldiers playing a role in bringing the primitive form of the games that we know today along with them. The printing of these cards was pioneered in Belgium, with more and more card factories and workshops opening up across the country. From these thousands of Belgian-made playing cards, a decent portion of them were then exported across the seas, and throughout Europe.

The designs of the cards have remained French, or French-influenced, even to this day. But, of course, playing cards couldn’t make their way through Europe without going through some kind of transformation. The names hearts, spades, diamonds and clubs were coined. Interestingly, spades and clubs were taken from an Italian deck – which does beg the question, why not just keep the French versions? Perhaps we’ll never know, but one thing’s for sure, and that’s that the chosen names have certainly stood the test of time.

Speaking of innovations, we have the United States of America to thank for the addition of the Joker to the pack. At first, the Joker was referred to as “the best bower”, originating from the popular trick-taking game of Euchre which was extremely popular in the mid-19th century. This makes a lot of sense when you take into account that Euchre involves looking for the trump card. In 1875, an early variation of Poker was the first recorded incident of the Joker being used within a game.

Alongside most other forms of casino gaming, playing cards have been around since the early centuries. As we enjoy and embrace the modern deck that we recognise today, there are admittedly striking similarities with the cards’ original form in 15th century Europe. Playing cards have been an integral part of the way we enjoy our life and leisure activities for over 600 years now.

In this modern era, and moving away from standard casino locations, you can now find playing cards that are themed around your favourite films, hobbies and even colours. Whilst you may not see Harry Potter emblazoned across a croupier’s deck, it’s certainly something that you can purchase for your own games at home. Customisation can make those late-night games of Poker just that little bit more special!