Historically, telecom has been one of the most dynamic industries, and 2017 looks to be no different with the continuation of current trends and a few new ones. For communication service providers (CSPs) to remain competitive, they must adapt to the latest trends and evolve their products and services to meet the expectations of today’s consumers. With 2016 at an end, we bring you telecom trends that will rule in the year 2017. 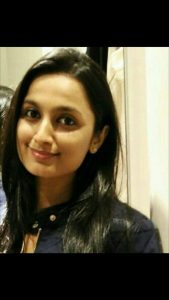 Communication Service Providers (CSPs) becoming Digital Service Providers: Although voice is still one of the biggest revenue streams for CSPs, the digital revolution has opened new doors for the telecom world. In the age of digital revolution, it is important for CSPs to meet the evolving demands of their subscribers, requiring CSPs to rethink and re-bundle their services to resonate with the digital lifestyle of their subscribers.

Today, CSPs need to satisfy customer expectations to create a seamless digital experience. This paradigm shift has forced CSPs to re-evaluate and transform their businesses to offer a multitude of interactive services and experiences in real-time.

As CSPs look forward to providing great customer experiences in 2017, it seems that the digital space is going to offer new revenue opportunities and partnerships for CSPs who are ready to take the plunge. This trend is already in full swing with American CSPs; Verizon and AT&T acquiring other content mediums like Yahoo and DirecTV, and Liberty Global, acquiring Cable & Wireless.

CSPs realizing their potential in the data market: Smartphone penetration has increased massively in the last few years, including regions like Africa and APAC, and data revenues are slowly catching up. In India, 60% of users now access internet services from their smartphones.

Bharti Airtel, India’s largest, and the world’s third largest mobile operator, reported consolidated mobile data revenue growth of 34.1%. We can only expect the revenue for CSPs from data use to increase in the year 2017. According to a report by Telecom Market Research, mobile data revenue will grow worldwide, and is forecast to reach $633 billion in 2018.

The report further suggests that emerging markets, like India and Nigeria, will grow rapidly. Frost & Sullivan’s research into the US mobile data services market indicates that the mobile data traffic in the US is still increasing at double-digit rates annually. In Finland, a recent study by Tefficient shows users now averaging 7.2GB of mobile data per month, a rate other countries will likely catch up to in 2017.

This clearly suggests that there has been a change in the approach of CSPs towards OTT players. The year 2017, will see more and more such meaningful partnerships helping CSPs stay relevant in the era of growing OTT players. For example, many operators have formed partnerships with music streaming apps like Spotify, Beats Music, Deezer, and Napster.

CSPs transforming systems with cloud offerings: In the past few years, CSPs have started viewing cloud as a huge opportunity. In today’s fast paced & competitive economy, it is essential to start small, with an eye on CAPEX, to reach ROI.

Business units must be empowered with self-managed, light-weight platforms that enable agility & quick time-to-market. Old systems must be transformed or replaced with modern systems, without taking too big of a risk.

In this context, 2017 will see more CSPs consider cutting costs associated with owning and maintaining physical data centers. According to the analyst firm Forrester, the cloud market will accelerate faster in 2017, as enterprises around the world look to cloud to power their core business systems in addition to their customer-facing applications: Forrester forecasts that the global public cloud market will reach $146 billion in 2017, up from just $87 billion in 2015. With cloud, the year 2017 will result in reduced cost of network infrastructure, more rapid service deployment, and dynamic scalability of services.

Internet of Things (IoT) taking shape: Internet of Things has the ability to transform businesses across sectors including: manufacturing, mining, automotive, medical, public safety, and transportation. In 2017, we will witness IoT as a key driver of transformation wherein more and more industries will become a part of this IoT landscape.

2016 witnessed several deployments of IoT solutions across the world. The best example of IoT use was seen at the 2016 Rio Olympics. IoT was witnessed in a whole range of new wearable internet-connected devices during the games.

Additionally, internet protocol (IP)-connected sensors were monitoring traffic patterns, providing city managers with key data on how to improve operations and communicate transportation options in Rio de Janeiro. In the past, IoT has been relevant in the growth of smart homes, smart factories, and driver-less cars.

In 2017, IoT will not only stay relevant, but powerful too. In 2017, IoT deployments are only going to see a major upsurge as more enterprises will look to adopt this IoT technology.

Gartner predicts the market for IoT devices to explode, reaching nearly 21 billion connected devices by 2020. A new report, from research firm IDC, suggests that the Asia-Pacific will be leading IoT with 8.6 billion things connected, creating a $583 billion marketing opportunity by 2020. With an increase in government initiatives in the IoT space, spending will increase in the APAC region over the next 5 years, putting the region at the forefront of the IoT security market and IoT industrial market.

CSPs trials for 5G: As far as 5G is concerned, 2017 will be the year of “testing” for the technology. AT&T and Verizon are geared up for trials in 2017. Meanwhile, Sprint and T-Mobile are also in the queue for 5G testing.

Qualcomm Technologies, Ericsson, and South Korea’s SK Telecom have also announced their plans to conduct interoperability testing and over-the-air field trials based on 5G New Radio (NR) standards. The interoperability tests and trials are expected to be conducted in the second half of 2017.

So, though 2017 will not see the proliferation of 5G in its full glory, it will definitely be something every CSP has its eye on.

Conclusion: 2017 will be an exciting year for the telecommunications industry and CSPs around the world. There are many trends to look forward to in the coming year and perhaps some new ones we haven’t predicted. At Alepo, we enable CSPs to be up-to-date with the latest trends and to deliver products and services to stay ahead of the competition.