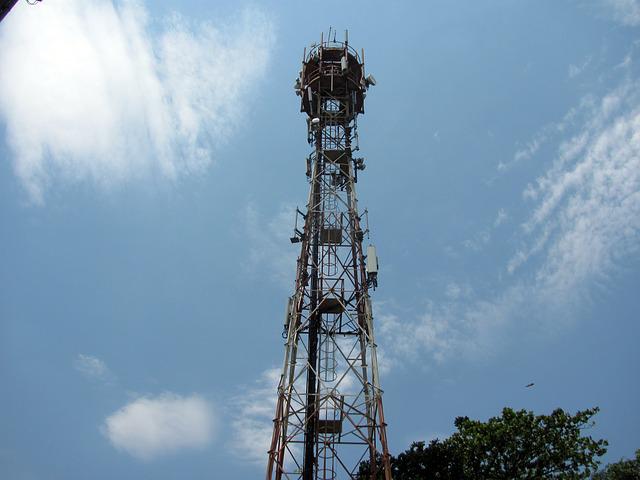 As part of our effort to educate our readers – we are engaged in an activity to ‘decode’ technical terms and terminologies and in order to do so – we reach out to the key industry stakeholders – from industry to government as well as TRAI (Telecom Regulatory Authority of India) and take their inputs on the same. Decoding Interconnect Usage Charge or IUC is the first in this series.

Essentially, it is the originating network compensating the receiving network for cost of carrying the call. In India IUC is set by the TRAI. It is currently at 6 paise/minute with roadmap for making it zero by January 2020.

What is asymmetry or symmetry of traffic between mobile networks and what role it plays in IUC?

IUC is like a clearing house. One operator pays another to carry the call on their network. All these calls are aggregated and then a settlement is done at the end of the month.

Symmetry of traffic: If both operator A and B received 100 calls from each other then this is what we refer to as symmetric or equal traffic between two networks. In this case the payouts between the two operators are squared off.

How is IUC determined?

IUC is determined by taking into account the cost of running a mobile network – rent for towers, energy cost for running towers, spectrum costs and other such costs. The current IUC of 6 paise/minute is unable to cover these costs and the result is that most operators lose money while carrying calls from a 4G only operator that is now the country’s largest.

Does tariff have anything to do with the IUC?

Tariff has nothing to do with IUC, which is essentially a clearing system between two operators for carrying the calls made by one operator on the network of the other operator. So, the key is to pay for the cost of using the other operator’s network.

India has the world’s lowest mobile tariffs (and below cost). This has led to unprecedented consolidation with eight operators folding up and a mega merger between two large operators. If indeed tariffs were high this would not have happened.

Does IP technology have anything to do with cost of termination?

Why has TRAI come out with the IUC paper now?

TRAI had clearly stated that they would assess the extent of migration of traffic to all IP networks and symmetry (balance) of traffic before finalising the reduction in IUC from 6 paise/minute to zero. This was two years ago.

The ground reality is that there is still very high asymmetry of traffic between a large 4G only operator and the other operators. Despite Jio gaining more than 32% market share, Airtel and Vodafone continue to be large net recipients of calls from Jio and therefore Jio pays them IUC for carrying these calls. Airtel’s traffic asymmetry with RJio still stands at approximately 65% (incoming) vs. 35% (outgoing).

TRAI has taken this into account and now started a fresh consultation process to ensure the orderly growth of the telecom sector.

Why does one 4G only operator say their network cost is lower?

Operators around the world follow a simple accounting standard, which uses established practices to decide what cost is capitalised in the balance sheet and what is reflected in the profit and loss account.

There are massive differences in the way this large 4G only operator in India does its accounting. So, the cost of a call must be determined as per globally established norms rather than on the basis of the accounting practices of one particular operator.

Is one large 4G only particular operator gaming the IUC regime?

This could be true. For example, if one operator reduces the ringing time for outgoing calls to other networks (say from 45 seconds to 20 seconds only) it leads to a lot of customer inconvenience since the calls are cut-off even before the receiving customer had the time to pick it up.

Seeing a missed call the receiving customer calls back to the originating operator’s network. By converting such outgoing calls to incoming calls, one large operator is not only (a) getting IUC from other operators but also (b) trying to reduce the asymmetry of traffic artificially. This is to show symmetry in traffic in the run up to the proposed implementation of zero IUC w.e.f. 1.1.2020.

Seeing this practice from a large 4G only operator, the TRAI has come out with a consultation paper.

Why does one 4G only operator say that reduction of the timer of the call improves spectrum efficiency?

This is not true at all, since spectrum efficiency has nothing to do with reduction in timer. If indeed spectrum efficiency was the reason, why has that large 4G only operator reduced the ringing timer (from 45 sec to 20 sec) for outgoing calls only to other networks but kept it at 45 sec for calls made within its own network?

It is quite evident that this has been done only with the sole purpose of gaming the asymmetry of traffic and reducing IUC payouts to other operators.

Will one large 4G only operator lose out on IUC given their growth of customers if IUC goes to zero?

You can look at the net IUC payments being made by that large 4G only operator to the other operators due to traffic asymmetry. If the IUC goes to zero, the said operator stands to benefit by approx. Rs. 3200-3300 crores per annum.

Why does one large 4G only operator say that IUC is received by incumbent operators because their tariffs are higher?

This is again a classic case of obfuscation. Tariff has absolutely nothing to do with the cost of carrying a call. At any rate that large 4G only operator’s ARPU is higher than the industry average showing clearly that many more low income customers are on incumbent/other networks. If tariffs were higher for other operators how could this be possible?