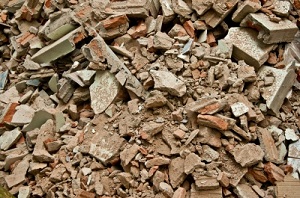 In the wake of devastating earthquake that hit Nepal yesterday morning, Indian telecom operators are coming forward to reduce or wave off call rates to show their solidarity with the Himalayan nation and help towards the relief effort pouring in from various corners of the world. 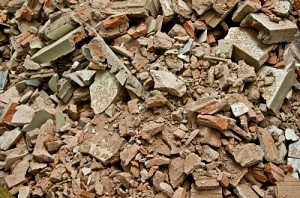 In an statement released on the social media, Airtel stated, “We are deeply saddened by the severe impact that one of the worst earthquakes in Nepal has had on the lives of its people. As a small gesture during this hour of crisis, we have decided to offer all calls on the Airtel network from India to Nepal completely free of cost for the next 48 hours effective midnight, thus enabling customers across the country get in touch with their families and friends in Nepal.”

Similarly a statement from Reliance Communications, said, “Prayers & strength to the families affected by ‪#‎NepalEarthquake‬. Effective midnight today all calls to Nepal at local call rates till Tuesday 2400 hrs.”

Idea Cellular is also offering call rates at Re.1/min from India to Nepal. In its statement, the company has said, “In its efforts to support the disaster relief initiatives and enable people to reach out to their friends and family members in the earthquake impacted areas in the country of Nepal‎, Idea Cellular, has announced that all calls made from its network from anywhere in India to Nepal will be charged as per local rate.”

Idea is facilitating all calls made to Nepal at just Re.1/min against the regular call rate of Rs.12/min, starting midnight of the 25th-26th upto the morning of the 28th of April 2015‎.

State-run BSNL and MTNL have also decided to charge local rates for calls made to the Himalayan nation for the next three days.

MTS India has also issued a statement stating that starting 11 pm, 25th April , MTS India is treating all calls made from its network to Nepal as local calls i.e Rs1/minute.

“This is being done for the next 48 hours to support disaster relief efforts and to enable concerned callers to reach out to their friends and family in the earthquake affected areas in the neighbouring country. The Company has also sent out SMS to its entire base of prepaid and post paid customers informing them about the special call rates.” the statement adds on.

In its bid to provide direction to social media’s help towards relief and rescue effort after the earthquake in Nepal, Facebook has activated ‘Safety Check’ feature for people affected by the Nepal earthquake.

Safety Check is a simple way to let family and friends know you’re ok and to check on friends who are in the area.

The countries where Facebook is active and that fall into the affected area are:

In response to the earthquake in Nepal, Viber has also acted towards helping in seamless communications and switched off ‘Viber Out’ billing so users in Nepal can make free calls to mobile and land line numbers anywhere for the next 48 hours.