ViNOX provides full SDN support with comprehensive adoption of NETCONF, the network configuration protocol, and YANG, its data modeling language. Since NETCONF and YANG employ the XML file format, they are well suited for process automation and can shorten the NMS/OSS integration cycle. By incorporating these innovative management models, ViNOX offers a superior level of flexibility, support in configuration commit and rollout, and much more efficient network management.

ViNOX’s OpenFlow capabilities enable service providers to traffic engineer and load balance their networks, reducing CAPEX while increasing average fiber utilization by as much as 80%. A practical demonstration of ViNOX with OpenFlow succeeded in separating designated video conferencing traffic from the entire EVC stream and directing it in another network path, significantly boosting throughput for both traffic flows. 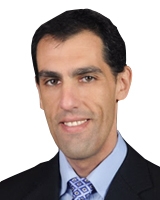 “The advantages of dispersing intelligence via SDN across telecommunications networks are astounding, and there is great enthusiasm for delivery of actual SDN capabilities according to the emerging OpenFlow standard,” declared Ariel Efrati, CEO. “ViNOX enables our customers to embark on a safe path to intelligent networks, where and when it makes sense, without risk to current practices and operations. By using OpenFlow at the network edge, service providers can enhance their service offering and differentiate between traffic flows with substantially higher granularity than ever before.”

As the next step in the company’s overall SDN and NFV strategy to help telcos transition their infrastructure to IT-aware networks, Telco Systems is also set to announce in October 2014, the availability of the first software products running from its TelcoApps platform.

TelcoApps operates in a similar manner as an App Store for smartphones and will enable telecommunications service providers to offer a range of SDN and NFV enabled network management and security functions as services to business customers. These new value added services will be valuable sources of new revenue for telcos and will help telcos move beyond being just connectivity providers.

Telco Systems is working closely with its global set of partners including THS Group, Ntegrator, Avisotech etc in the Asia Pacific.

Data Logging: What is Data Logger, Its Applications, and How it Works?