Driven by TE Connectivity, MIMO and other techniques can push higher data speeds and service in high-capacity venues

TE’s DAS solutions are ideal for 4G upgrades because they use technology-agnostic electronics to distribute mobile signals. This means that mobile operators and venue owners can simply add a new base station interface to the DAS head-end and that signal is automatically distributed to remote antennas placed around the property.

Venues offering MIMO service can upgrade by adding a base station for the second MIMO path and a second antenna at each location to deliver the service. Creating redundancy and optimizing capacity does not require an overlay system with additional cabling and DAS electronics.

MIMO is proving to be a popular upgrade in high-density user venues because it doubles network capacity today and provides a high-performance foundation for future upgrades such as 5G. Venues in the U.S. adding MIMO to their networks with TE equipment include: FedEx Field, Sports Authority Field, Target Field, Austin and Anaheim Convention Centers, Dow Chemical, UCLA, Purdue University, and hospitality venues such as MGM’s Las Vegas resorts, the New York Hilton, the New York Palace Hotel, Palisades Mall and Walt Disney World.

“TE’s DAS products make it easy for our customers to stay up to date with ongoing changes in wireless infrastructure by upgrading with technologies such as MIMO,” said Peter Wraight, president of TE’s Wireless business unit. “Our all-digital solutions provide a robust and cost-effective upgrade path for mobile operators and venue owners who want to continue to bring the highest quality of service to their subscribers and guests.”

TE DAS solutions will be featured at CTIA Super Mobility Week at the Sands Expo and Convention Center in Las Vegas, Nevada, September 9-11, 2014. 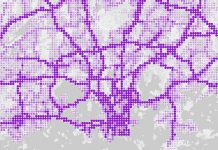