In its partial rulings of 12 February 2019, the Federal Communications Commission ComCom decided to further reduce network access prices for the years 2013 to 2016.

Swisscom is now analysing the rulings and examining whether to refer the disputed issues to the Federal Administrative Court.

The calculation regulations were revised by the Federal Council in the Ordinance on Telecommunication Services (OTS) as of mid-2014. The costs of next generation networks are now key. In a 2016 ruling, the Federal Administrative Court ordered that this adjustment be taken into account retroactively, starting from the period from 1 January 2013. In addition, the Federal Council has changed the basis of the cost method for assessing cabling in the revised OTS.

In respect of cabling, ComCom concluded that the prices offered were calculated correctly. The interconnection prices have led to average price reductions of around 10%. In other areas, such as collocation and subscriber connection billing, ComCom’s review has resulted in slight adjustments or in no change at all. It is only the reductions for leased lines of between 65% and 80% that Swisscom finds difficult to comprehend. These reductions have arisen from differing assumptions and calculation models within the complex pricing structure.

Due to the risks in the proceedings, Swisscom has already established provisions for the years 2013 to 2016. Swisscom’s financial outlook for 2019 remains unchanged.

Swisscom will analyse ComCom’s wide-ranging rulings in detail and consider an appeal to the Federal Administrative Court.

Swisscom‘s entire network infrastructure is open to other telecommunications companies with or without their own networks. Around 563,000 customers of other telecommunications companies now use Swisscom’s network infrastructure through regulated or commercial access services. Competitors’ business figures show that these intermediate inputs, whether regulated or not, enable them to offer competitive services to their consumers. 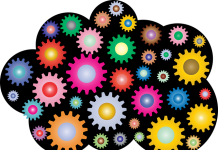