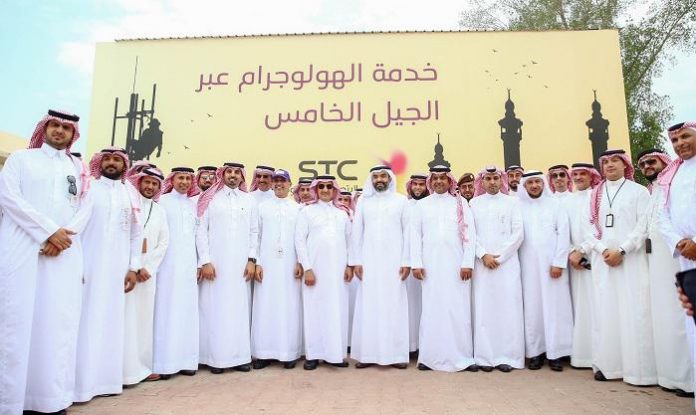 During an inspection tour on Thursday, H.E. the Minister of Communications and Information Technology Eng. Abdullah bin Amer Al-Swaha oversaw the readiness of the STC services and network, especially those related to 5G technology, which launch for the first time in the region.

STC has launched the 5G network and made it available primarily in three services: Wi-Fi, holograms, and drones. Pilgrims can connect to the high-speed network via Wi-Fi at a number of locations in the Holy Mosque and Holy Places.

Al-Swaha oversaw the use of 5G with drones, plus its use in live, high-definition broadcasts to display interactive, translated, live instructions for pilgrims related to rituals and safety methods. The tour included STC’s fifth-generation Wi-Fi sites, a number of pilgrimage camps in the holy sites, and a number of important sites that serve pilgrims and government sectors involved in Hajj.

STC Group CEO Nasser Sulaiman Al Nasser said the work was being around the clock to serve pilgrims, adapt telecommunications technologies, such as 5G, augmented reality, and emergency communication to facilitate this pilgrimage for Muslims despite their different languages, complying with STC objectives and those of Saudi Vision 2030, which saw the company harness all its human and technical potential to serve pilgrims.