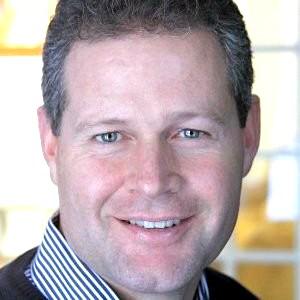 His employment will start on 1 April 2019 and he will be appointed as a director of the Company and take up the CEO position following the AGM on 1 May 2019.

Eric’s appointment follows Spirent’s announcement in November 2018 that Eric Hutchinson wished to retire after 37 years of employment with the Group, most recently as Chief Executive Officer, following his appointment to that role in 2013. He will step down from the Board after the AGM on 1 May 2019.

Eric Updyke has extensive experience in international business management with a strong technical understanding of the markets in which Spirent operates. He has worked in various sections of the industry over the last 30 years and has led transformative growth programmes on a global scale.

Most recently, Eric was on the Executive Management team of Amdocs reporting directly to the CEO. In his capacity as Group President, Services at Amdocs Ltd he had global responsibility for the entire Managed Services, Testing and SI businesses. This business encompassed 10,000 employees and roughly $2 billion in revenue.

Prior to that role, Eric was Division President for North America at Amdocs where he managed a $1 billion P&L and was responsible for the relationship with North American communications service providers. Prior to his time at Amdocs, he held executive roles at Nokia Siemens Networks and AT&T. Eric has a great track record of success, has functional expertise in every facet of the business and has excelled in multi-cultural global companies. Eric has an MBA in Finance and a bachelor’s degree in Electrical Engineering from Cornell University.

Commenting on the appointment, Bill Thomas, Chairman, said, “The Board wanted to appoint an executive who was growth oriented with global experience and deep expertise in our chosen markets. We are delighted to appoint Eric and are confident that he meets all those criteria.

“I would also like to express the Board’s thanks and appreciation to Eric Hutchinson who has created the platform to realise Spirent’s potential.”

Eric Updyke, said “I am delighted to be joining Spirent. It has a range of leading technologies and well established relationships with many of the industry’s global leaders. I look forward to building on its current strengths and exploring ways in which to further exploit Spirent’s potential.”