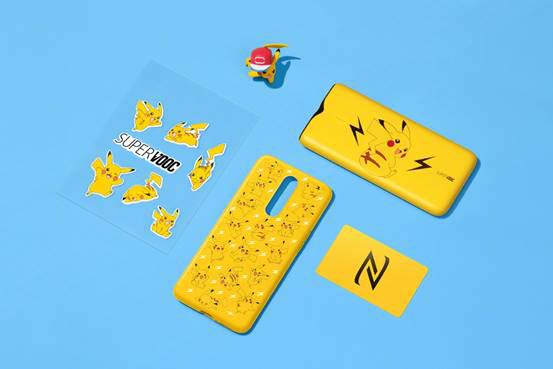 OPPO has announced a partnership with Gundam. The collaboration focuses on the release of a special series of OPPO-Gundam smartphone related products including items such as portable power banks, phone cases, earphones, and many other interesting accessories.

The partnership aims at reaching out to the entire youth that treats their smartphones as an extended personality.

OPPO has always collaborated with brands that have created an impact on the millennials. In 2018, OPPO launched an official collaboration with Pokémon which featured the famous “Pikachu” as the ambassador of OPPO’s SuperVOOC technology. Along with this the company launched a Pikachu themed SuperVOOC portable power bank among other accessories.

OPPO is a global smart device brand. Since launching its first smartphone – “Smiley Face” – in 2008, OPPO has been in relentless pursuit of the synergy of aesthetic satisfaction and innovative technology in 10 years.

Today, OPPO provides customers with a wide range of smart devices spearheaded by the Find, R and F series, ColorOS operating system, as well as internet services such as OPPO Cloud and OPPO+. OPPO operates in more than 40 countries and regions, with 6 research centers worldwide and an international design center in London, OPPO’s more than 40,000 employees are dedicated to creating new experiences and greater value for customers around the world.

What will be the Best Toy Gift for Your Kid This Year Ending?