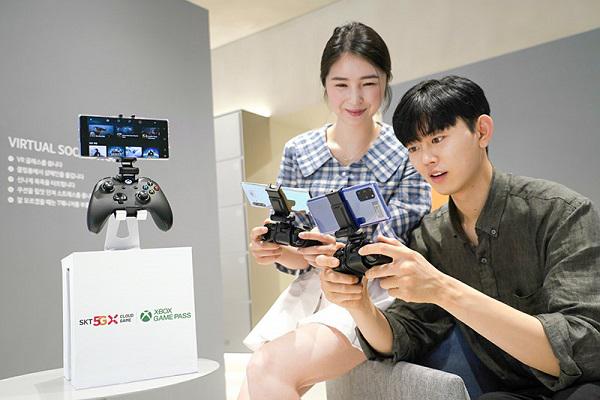 Cloud gaming will be added to the Xbox Game Pass Ultimate as an additional service feature for customers, giving them access to more than 100 games from both Xbox Game Studios and game creators across the world at no additional cost.

The sub_scription, which costs KRW 16,700 per month, will enable gamers to play the games they want, with the people they want, anywhere they want by accessing the cloud server via Android phones or tablets. Users can also download and play Game Pass titles on their PCs and Xbox consoles as part of their sub_scription.

Xbox Game Pass Ultimate will include popular titles including Minecraft Dungeons, Halo: Master Chief Collection, and the critically acclaimed Forza Horizon 4. The Xbox Game Pass app will be available for Korean gamers on One Store, Galaxy Store and Google Play from September 15, 2020.

The two companies began working together since September 2019 to realize 5G-based cloud gaming in Korea by combining SK Telecom’s strength in 5G and Microsoft’s expertise in cloud gaming. Over the past 11 months, the combined teams have been operating the Project xCloud preview in Korea to cater to the customers of the world’s fourth largest gaming market.

“We’re grateful for our continued partnership with SK Telecom as we launch cloud gaming as part of Xbox Game Pass Ultimate in South Korea. They were instrumental in delivering our Project xCloud preview through their leading 5G network technology. Together we will ensure gamers across the country continue to have a great experience playing more than 100 Xbox titles in the Xbox Game Pass library on mobile devices, directly from the cloud, beginning September 15. We look forward to a bright future with SK Telecom and the Korean gaming community,” said Kareem Choudhry, Microsoft’s Corporate Vice President of Gaming Cloud.