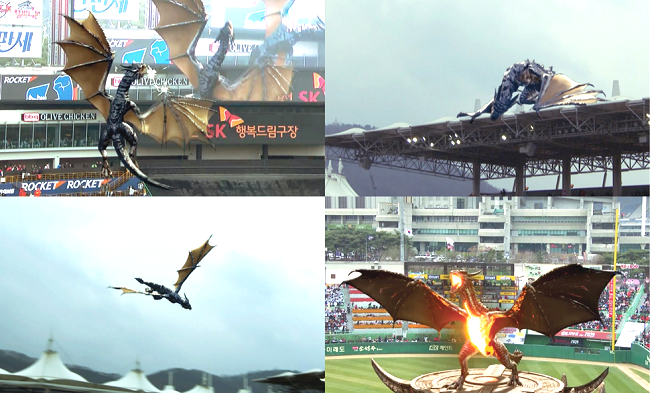 The large fire-breathing wyvern flying around the park was streamed live though not only the world’s largest LED baseball scoreboard installed at the stadium, but also via sports broadcasting channels for baseball fans watching the game on TVs or smartphones. To realize the large-scale augmented reality(AR) performance, SK Telecom has applied its self-developed AR and VR technologies including ‘eSpace’ and ‘T real Platform.’

Since launching the world’s first 5G network on December 1, 2019, SK Telecom has been focusing on the development of diverse 5G-based services including AR and VR to take customer experience to the next level.

SK Telecom is the largest mobile operator in Korea with nearly 50 percent of the market share. As the pioneer of all generations of mobile networks, the company has launched the fifth generation (5G) network on December 1, 2018.

The company is not only leading innovations in the field of mobile network, but is also creating unprecedented value in areas such as media, security and commerce. In the Fourth Industrial Revolution, SK Telecom will inspire the world, building a future beyond expectations.