Apple has confirmed that it is all set to acquire the London-based music and image recognition service Shazam, Apple.

The Cupertino, US based global smartphone major is purchasing the startup — which is still regarded as one of earliest players in the world of mobile music — as part of its bigger ambitions to inject intelligence inside the music business.

Apple and Shazam in a united form can enable interesting range of possibilities for the end customers. Shazam’s big focus is inside the business of music recognition and providing the much needed intelligence to its customer base that uses its app to capture a clip of music that is playing, and then it matches that against its large database to tell a user what they are listening to. This is a perfect business model that has helped the company garner over 1 billion global downloads of its app so far.

Making the whole process of listening to music – a lot more interesting and intelligent – over the past years Shazam has updated its capabilities with a number of other services, for instance – it directs users to other sites to download and listen to the music. It also provides detailed information to users about the music and the artists behind it.

Shazam is also pronged out into more marketing services based on visual recognition, which is basically playing on augmented reality where users can capture snaps of images that lead them to interesting content from a brand or another organization. All this can add fuel to power future capabilities for Apple devices.

Riding high on these features, Shazam has also developed an interesting bouquet of existing partnerships, especially with Apple and Spotify and Snapchat, which has an integration with Shazam where existing Snapchat users can recognize music, then consequently engage with Shazam content, and then send music and artist discoveries as Snaps to their set of contacts.

With this acquisition, Apple’s Music offering will become more interesting and more intelligent – offering greater value to its customers. 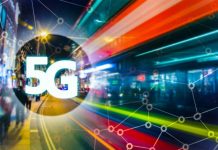