SaskTel has announced that the residents and businesses in the Village of Eyebrow, along with 35 other rural Saskatchewan communities, can now enjoy the next-generation in television and entertainment as well as lightning fast internet speeds with the launch of maxTV Stream and interNET Extended 25 and 50 – full list of communities below.

“I’m incredibly pleased with SaskTel’s efforts to ensure that the people of Saskatchewan have access to some of the best communication and entertainment services in the world,” said Don Morgan, Minister Responsible for SaskTel.

This month marks one-year since SaskTel first launched maxTV Stream. Combining the best of traditional television with advanced technology and the latest over-the-top (OTT) content from Netflix and YouTube, maxTV Stream is more than a television service, it’s a cutting-edge entertainment platform that is setting a new standard throughout Saskatchewan with innovative features, such as:

•Restart TV – Restart live TV up to 72 hours in the past so you’ll never miss your show again.
•maxTV App – Watch live TV and VOD programming on your smartphone or tablet, anywhere in Canada.
•Built-in applications – Easily access Netflix, YouTube, and more right from your media box.
•State-of-the-art equipment – Control your TV like never before with Bluetooth and voice command technology.

“Since introducing maxTV Stream a year ago, we have made strong progress expanding the service throughout the province, now offering it in over 280 communities,” said Doug Burnett, SaskTel President and CEO. “Looking forward, we will continue to invest in maxTV Stream to expand it even further and to introduce new enhancements ensuring it meets and exceeds the evolving needs of our customers.”

In addition to maxTV Stream, all of these communities are also now equipped with interNET Extended 25 and interNET Extended 50. Delivering download speeds up to 25 and 50 Mbps, respectively, these are the fastest internet packages SaskTel has ever offered in rural Saskatchewan. 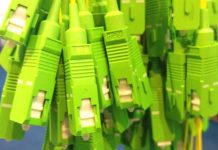 Zzoomm Taps ADTRAN to Deliver Multi-Gigabit Services in the UK