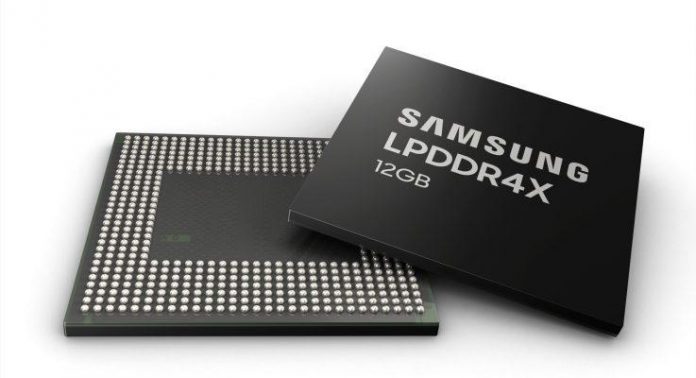 Featuring higher capacity than most ultra-thin notebooks, the new mobile DRAM will enable smartphone users to take full advantage of all the features in next-generation smartphones.

Thanks to the 12GB mobile DRAM, smartphone makers can maximize the potential of devices that feature more than five cameras and ever-increasing display sizes as well as artificial intelligence and 5G capabilities. For smartphone users, the 12GB DRAM enables more fluid multitasking and faster searches as they navigate through a myriad of apps on ultra-large high-resolution screens. Also, the 1.1-millimeter thickness allows for even sleeker smartphone designs.

The 12GB capacity was achieved by combining six 16-gigabit (Gb) LPDDR4X chips based on the second-generation 10nm-class (1y-nm) process into a single package, providing more space for the smartphone battery. In addition, by using the company’s 1y-nm technology, the new 12GB mobile memory delivers a data transfer rate of 34.1GB per second while minimizing the increase in power consumption inevitably caused by a boost in DRAM capacity.

Since introducing 1GB mobile DRAM in 2011, Samsung continues to drive capacity breakthroughs in the mobile DRAM market, moving from 6GB (in 2015) and 8GB (2016) to today’s first 12GB LPDDR4X. From its cutting-edge memory line in Pyeongtaek, Korea, Samsung plans to more than triple the supply of its 1y-nm-based 8GB and 12GB mobile DRAM during the second half of 2019 to meet the anticipated high demand.