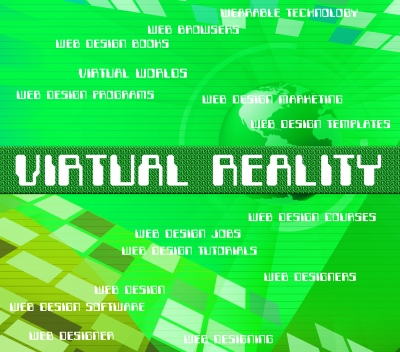 The second annual incubator will offer ten XR artists the opportunity for mentorship and creative exploration; top executives from RYOT, Kaleidoscope, Oculus and the Sundance Institute serving as curators

RYOT, the immersive media company and Academy Award-nominated studio, announced a partnership with the funding platform, Kaleidoscope and leading VR platform, Oculus, to produce DevLab 2018, an VR/AR artist incubator that has generated groundbreaking immersive content such as Spheres, Battlescar, Tree and RYOT’s own Vestige, among many others.

Building off the success of the first program in 2016, the second annual DevLab will take place in Los Angeles from November 10 – 11, bringing together emerging VR/AR artists to cultivate new work, explore novel ideas and create the future of immersive experiences.

The selected ten participants will work alongside advisors from diverse backgrounds – including architecture, game design, immersive theater, magic and storytelling – to hone their craft and advance their work via hands-on workshops, live performances and round table discussions.

Creators will leverage their learnings from DevLab to develop a working version of their project, which they’ll later present to 250 industry leaders at a “First Look” event in 2019 for the chance to secure funding.

“DevLab is a unique way to support independent artists, and we’re proud to support and provide mentorship opportunities for the next generation of content creators as they refine their craft, and use their art to change the world,” said Bryn Mooser, CEO and co-founder of RYOT.

“DevLab has provided an essential creative playground for the new guard of storytellers to ideate and explore,” says Jake Sally, RYOT’s Sr. Director of Immersive Development. “RYOT is excited to partner with Kaleidoscope and Oculus, pillars of the XR ecosystem, to support DevLab.”

Securing more than $3.1 million in funding from various partners, past DevLab productions have gone on to screen at Sundance Film Festival, Venice Film Festival, Tribeca Film Festival and SXSW, as well as various other industry festivals and events.

“Members of the DevLab program include some of the most promising, sought-after talent in the industry,” said René Pinnell, CEO and Founder of Kaleidoscope. “DevLab artists are risk-takers that will ultimately move the industry forward.”

Artists and creators will be selected by Sally and Pinnell, as well as Kamal Sinclair and Ruthie Doyle at the Sundance Institute and Yelena Rachitsky at Oculus.