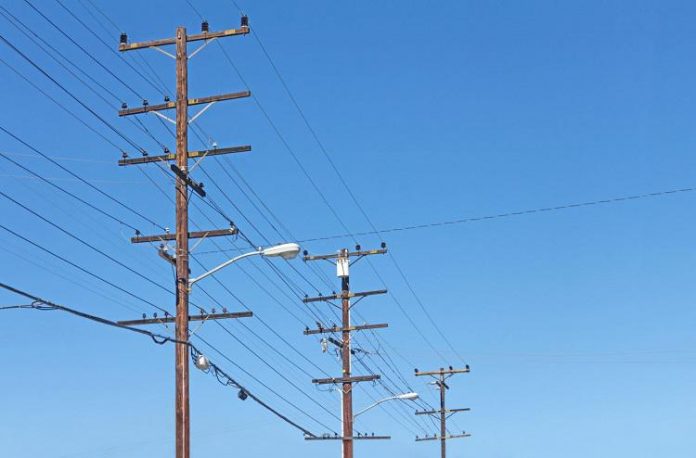 Telecommunications networks in Canada are comprised of thousands of kilometres of fibre optic cables and other wires, thousands of cell towers and other antennas, and a host of equipment to process all the signals.

This interconnected equipment acts seamlessly to deliver communications services that we depend on, including high speed Internet, phone calls and television. During the pandemic, these services have become a lifeline.

They allowed most of us to continue working and studying, seeing our loved ones (albeit from a distance) and entertained us. As Canada recovers economically and continues the shift to a more digital society, these world class communications services will continue to assume critical importance.

However, the networks that provide such services do not exist in a vacuum. They are attached to physical structures such as telephone and hydro poles, municipal street furniture (streetlights, transit shelters, traffic lights), underground ducts (ducts being pipes that are buried underground and carry electricity and telecommunications wires) and even the sides of buildings. All these supporting structures are commonly referred to as “passive infrastructure”.

Canada’s historical telephone companies (Bell and Telus) are fortunate as, over the last several decades, they have built their own extensive networks of poles and ducts across the country. Because they were regulated monopolies, and operated under a guaranteed rate of return regime, they were able to use the revenues they received from their subscribers to finance this infrastructure.

On the other hand, telecom companies like Rogers, most of whom started out as cable companies, have not built the same vast infrastructure, as it did not make sense to build duplicate infrastructure. Instead, for a fee, they attach their telecom equipment infrastructure like poles and ducts, owned by third parties, including municipalities, hydro companies and Bell and Telus.

What then is the problem?

Unfortunately, many of these owners view those who wish to attach telecom equipment to their infrastructure as revenue opportunities rather than as an opportunity to partner in providing services that are critical to Canadians. This infrastructure is a scarce resource and those who need to attach their equipment often pay dearly to use it.

The CRTC requires Bell and Telus to share their poles and ducts with competitors like Rogers and has outlined rates and rules. However, this has not prevented Bell and Telus from making it difficult for others, in many case delaying approvals, which slows down the expansion of service. Recognizing this problem, the CRTC has called for a review of these rules.

Many of the hydro companies (particularly those in Ontario) have dramatically increased the fees they charge to use their infrastructure, looking to increase revenues in an effort to reduce electricity rates. We also face challenges with municipalities, who can charge whatever they want — often rates are very high — for use of their street furniture (e.g. lamp posts, traffic standards, bus shelters).

When you add up the costs to access this vital infrastructure, it deters or delays much needed expansion and upgrades at a time when Canadians depend on staying connected more than ever.

What is the solution?

There are precedents set in the UK, European Union and the US to fast track access to passive infrastructure that Canada could bring on board. For example, the Europeans have introduced regulations that require their municipalities to allow installation of telecoms equipment on their infrastructure and can charge only an administrative fee.

We believe that the federal government in Canada can and should act quickly in implementing policy that accelerates the expansion and upgrade of networks by amending the Telecommunications Act to grant the CRTC authority over all passive infrastructure, including that owned by hydro companies and municipalities. This would greatly expedite the process of building and expanding networks.

Rogers is driven to connect Canadians to fast, reliable internet and transformative next generation 5G. Our economic recovery is underpinned by our nation’s networks. It is expected that by 2026, 5G will generate $40 Billion annually for the country’s economy and 250,000 full-time jobs. As we recover and rebuild, we can’t afford to slow down.